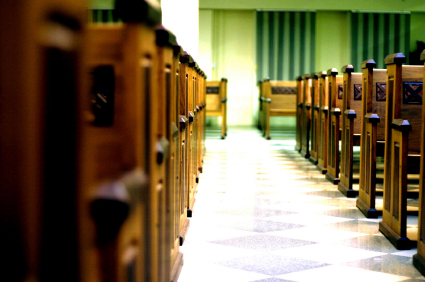 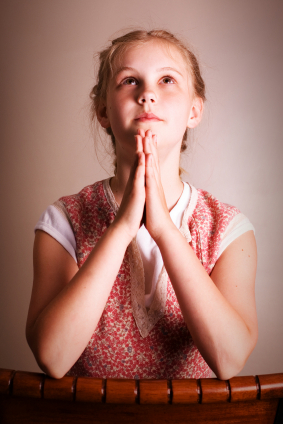 What would you do if your job required you to get a flu shot?

More to the point, if you’re vegan, would it matter to you that eggs are used to produce the vaccine? And how would you handle it?

This is actually an issue that has come up in a couple of lawsuits, one filed very recently in Ohio. The basis of the lawsuit (and of the similar unsuccessful one brought a few years ago) is that it violated the employee’s rights – under Title VII of the Civil Rights Act – to be fired for refusing to participate in an activity that’s not vegan.

This lawsuit has been getting a lot of play in the blogosphere, particularly since a federal judge, a couple of weeks ago, denied a motion to dismiss, allowing the claim to proceed. Frustratingly, most people writing about it are getting it wrong. They are acting as if the question before the courts is whether veganism is a religion, like Catholicism or Judaism, but that’s actually not quite it. Title VII, at least the clause that the plaintiff is asserting, certainly outlaws discrimination based upon “religion,” but the real question is not whether veganism fits into most people’s ideas of what constitutes “religion,” but what “religion” really is. And, unsurprisingly, that is a pretty tough question in our very diverse society, and one the courts have struggled with. It’s often been interpreted to reach beyond what most of us think of as religion, per se, and in some circumstances it has been held to also protect people’s right to practice and follow a “sincere and meaningful belief that occupies in the life of its possessor a place parallel to that filled by . . . God.” Thus, moral and ethical beliefs, not connected to ideas of God, that are so important and strongly held that they play the same role that religion plays in other people’s lives may also be protected.

Belief systems in general, and veganism in particular (the deep kind, not the health-benefits kind or even the personal preference kind), have different roots for different people. For some, veganism is indeed based in the scripture of their particular traditional religion. For others, it is based in a more abstract understanding of a deity who has created a world full of creatures who need our respect and care. Others are vegan not because of God at all, but because it’s the right thing to do.

I would say that for most vegans, certainly for me, veganism – regardless of its roots – is exactly the sort of belief system that religion plays in (at least some) people’s lives. It’s not, as the defendant argued in this case, a dietary preference or even a “social philosophy.” For me, it is a fundamental moral imperative, one that drives my life, based in my deepest beliefs about my role in the world and my relationships with its other inhabitants. Veganism is at the core of the way I live. It is always there, and I have come to it through both thought and emotion. It makes the world work for me. Fundamentally, the thought of consuming animals completely freaks me out.

Whether or not veganism can be the sort of core belief that is protected by Title VII isn’t the only issue in the case, however. Employers don’t have to accommodate people’s beliefs categorically. They only have to do so to the extent it’s reasonable. Particularly since the plaintiff here works in a health care facility, the defendants will no doubt argue that it was not reasonable to expect the facility to have an employee who would have a greater chance of coming down with the flu when she will be around others who might become infected. Since she is an office-worker, she may make a counter-argument that she didn’t have to work with patients. There will be questions about the sincerity and the parameters of her veganism  — does she regularly refuse any product derived from animals in the way flu shots are? Vegans, after all, might go different ways on that one. And no doubt there will be other arguments as well, based on the particular facts of the case.

So, as in any legal case, there are many twists and turns that could take this lawsuit in different directions. But the bigger point, which I hope does not get lost, remains clear to me: For people who care about animals, veganism is serious stuff that runs deep. For some of us, it runs really deep.

Needless to say, religion is serious stuff as well. And, as we all know, whether or not we are religious, it, too, runs deep. I should know. I grew up Catholic, although I lost it along the way. At some point, there was just too much to believe that didn’t seem true any more.

Confession: I miss it. Or at least some parts of it. I still get a good, peaceful feeling when I go into a church, and I love the stories of the saints. Admittedly, I think my childhood desire to be a nun was based primarily on the outfit (this was back in the day of serious, floor-length, black skirted, white-wimpled, habits). And though I lost that aspiration pretty early on, I’m still a sucker for old movies about nuns – anything from The Bells of Saint Mary’s (Ingrid!) to The Nun’s Story (Audrey!). Catholicism also left me with a permanent fondness for medieval times (primarily acted out through watching reruns of “Cadfael” and visiting The Cloisters) that is no doubt completely unwarranted, since I’m sure it was a fairly horrid, brutish time to be alive.

On the more serious side, my days of church-going and after-school religious education entailed a good deal of discussion about what it meant to be a good person in difficult situations, much of which is still quite useful. 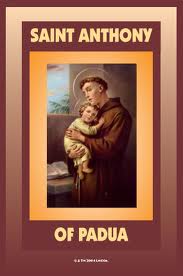 The best thing, though, was the company. When you believe in God, there is always someone to talk to. And Catholics get the added bonus of being able to chat with Mary (who is pretty much always sympathetic – “O clement, O loving, O sweet Virgin Mary”), not to mention to a whole bunch of saints – at least one of whom, Saint Anthony, helps you find things when you lose them, which is a great convenience for those of us who are hopelessly absent-minded. (Here’s one more confession: I still sometimes seek the help of Saint Anthony. Occasionally, it works.)

Unsurprisingly, I certainly don’t miss all of it. There were way too many rules, too many of which didn’t make sense to me (and some of which seemed downright mean). There were too many people who pretended to possess utter authority based on knowing things that they didn’t – couldn’t – know at all. There was too much avoidance of the scary problem that we just don’t know a whole lot about the nature of the universe and what we are doing here. There was also absolutely no mention of even a possibility that it might be better to just be honest and admit to that. And, of course, there was the troublingly skewed view of sexuality, which has ruined way too many lives in way too many ways.

And when it came to my childhood church-going days, too many important things simply got left out of the discussion. Though I didn’t realize it at the time, animals were the big one. The Catholic view of the world, when I was growing up, pretty much began and ended with humans and their God (and, of course, Mary, the saints, and a few angels pulling up the rear).

I still occasionally have people tell me, quite seriously, that one of the things that sets animals apart from humans is that animals have no souls. I mean, it’s not surprising that people would say that, since it’s a common religious belief. But it’s so ingrained in people’s consciousness that they announce it as if it were simple fact. As if they honestly don’t realize that souls are not an identifiable part of human anatomy.

Believing that animals have no souls (or that humans do) is a religious belief. So it’s legally protected (though it’s hard to imagine a situation in which anyone would be discriminated against for believing it). So why shouldn’t the belief that animals matter, that it’s wrong – evil, even – to hurt them without a damn good reason, be protected as well, regardless of whether that belief is accompanied by a certain theory about the origin of the universe?

Animal Law Podcast #16: Michael Jasny and A Case Against Sonar