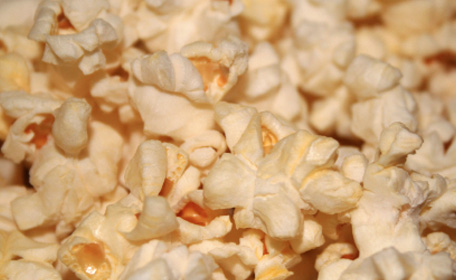 Here was the Gayest Experience of My Life: It was 2007, Mariann and I were on a date at the Castro Theatre in San Francisco, seeing the film, San Francisco (you don’t get gayer than that), and much to my gleeful surprise, the concession had Tofutti Cuties! Though I jumped for joy, feeling like a kid in a cruelty-free candy store, the experience ruined me a little nonetheless. Since then, whenever I go to the movies, I think: where-oh-where are my vegan treats? True, most movie popcorn (without “butter”) is vegan, as well as some of the candy, but… it just ain’t the same.

So, you can imagine the decibel of my high-pitched squeal when I found out about The Citizen Theater in Fort Worth, TX — an up-and-coming all vegan art-house cinema — the world’s first. James M. Johnston and Amy McNutt — the couple and couple of powerhouse activists behind the project — are not new to this kind of monumental compassionate outreach. They are also the owners and founders of Spiral Diner and Bakery — an all vegan diner and bakery with two locations; one in Dallas, and the other in Fort Worth. During our special Dallas podcast episode a few weeks ago, we reviewed Spiral Diner, so check that out and then book your flight to The Lone Star State immediately, so that you can get your share of the World’s Best Vegan Brownie. 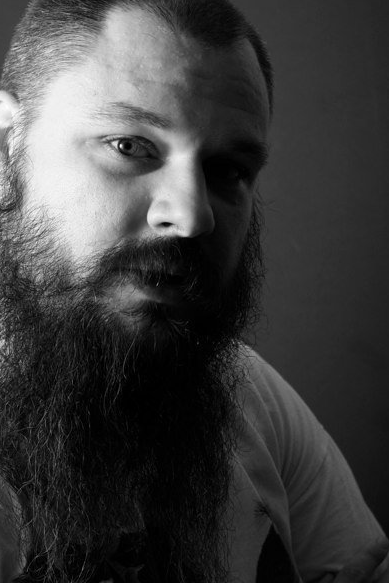 Speaking of brownies, you might think that opening a vegan diner and bakery in the Dallas/Ft. Worth area would earn someone enough vegan brownie points to last a lifetime — effectively doing their part in reducing animal cruelty, spreading awareness about the deliciousness of a vegan lifestyle, and providing a community hub for any local who cares about animals — but James and Amy felt yet another calling. A vegan art-house cinema? That’s it; I finally plotzed.

During our recent trip to Dallas, I checked my New York snobbery at the door. Dallas impressed us, to say the absolute least. Not only did the vast array of cruelty-free cuisine blow our minds, but we also had the pleasure of meeting a large handful of truly inspiring, dedicated activists. These folks are not only using their time, talents, and skills to speak up for animals (vegan version of the State Fair, anyone?), but they are doing so unabashedly and with gusto, while in a state where animal agriculture runs deep. Lucky for me, one such activist with whom I was able to hob-nob was James, who not only acts as the Executive Chef of Spiral Diner (oh how I’m suddenly craving Frito Pie…), but will use his filmmaking background to act as The Citizen Theater’s Creative Director. After I was done kissing the ground he walked on, I asked him about his plans for The Citizen Theater, which is set to open next year, right in “Cow Town” (that’s what locals call Fort Worth — and you can guess why). 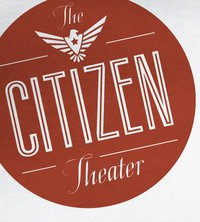 Our Hen House: What is the Citizen Theater?

James Johnston: The Citizen Theater is an art-house cinema that will show first-run Independent and Foreign Films and also repertory films. With all Vegan concessions of course!

OHH: What was the impetus for starting it?

JJ: Amy McNutt, my wife, went to the University of California film school. She went there on a work-study program and ran the projection booth at the college. Ever since then, she’s had a dream of opening a true cinema that celebrates film back here in her hometown. I am a filmmaker and film geek and want more than anything for Fort Worth to have its own art-house theater. So this is a natural next step for both of us, and now that our vegan restaurants (Spiral Diner and Bakery) are doing so well, we can finally realize that dream.

OHH: What kinds of concessions will you serve at the theater?

JJ: As I mentioned, our concessions will be 100% Vegan, and will include gourmet popcorns, nachos, hot dogs, frito pie, candies of all sorts, baked goods like cookies and brownies, soft-serve I-Scream and all kinds of tasty beverages like oogave soda, local beer, organic wines, and real fruit slushies.

OHH: What kinds of films will you show? Will you show any animal rights themed films?

JJ: We’ll honestly be showing a whole gamut of films. If you can’t find it in the multiplexes then we’ll be playing it. From first run art-house films to retrospectives of all sorts to midnight cult films.

We will definitely play animal rights films as long as they are good. We refuse to play films that suck even if they align with our own beliefs!

OHH: Why did you choose to put the theater in Forth Worth?

JJ: We want to cultivate and provide for a culture of cinema in the city we love just like we did with vegan food through our restaurant. It’s important for people to recognize film as a form of art, and they need to be exposed to all different viewpoints and visions of the world. That is what art-house films provide. Sometimes the cinema has to be more than just an escape (although we’re all about that too!).

OHH: Will the Citizen Theatre be raising funds for any organizations?

JJ: Indeed!  Just like with Spiral Diner we’ll always be looking to give back to local organizations that support causes we believe in. [Spiral Diner supports various animal groups, including the Texas-based Serenity Springs Sanctuary and Animal Rescue.]

OHH: Do you have a favorite animal rights themed film?

JJ: To be perfectly honest, I’ve been vegan for a long time and normally don’t like to subject myself to the footage presented in most animal rights documentaries. It just makes me too sad and I don’t need the reminder because I’m in it for the long haul. THAT BEING SAID, I do think those films are important and they do a lot of good in opening peoples eyes. Lots of folks come through Spiral telling us about documentaries they’ve watched that changed their lives. Earthlings seems to be the one I hear people talking about the most.

Maybe someday someone will make a really fun and uplifting film about animal rights for those of us already living the life and who need some positive reinforcement! (Or maybe it’s already out there and I just haven’t seen it.)

The Citizen Theater will be located on Magnolia Avenue in Fort Worth, TX. Their design team is working diligently on it, and they will begin construction next year. In the mean time, stay up to date with their blog, email list, and Facebook page.