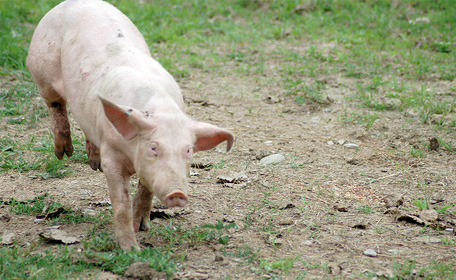 It’s not that often that the Supreme Court hears a case that is important to animals. But tomorrow is the exception. Argument will be heard in National Meat Association v Harris, in which the court will decide whether California’s law requiring prompt euthanasia of downed pigs, rather than holding them for slaughter, is preempted by Federal law — i.e., whether the fact that the Federal government passed regulations that are weaker than California’s law, in that they do not prohibit holding downed pigs for slaughter, prevents California from passing one that does.

Although animal lawyers around the country are focused intently on this case, for plenty of other lawyers, it’s just one more preemption case, and for non-lawyers, it’s just another example of legal mumbo-jumbo. The sick and injured pigs who are at the center of the case can get lost amongst the legal technicalities. Clearly, for activists, this presents an opportunity to remind everyone that this high-profile case truly matters — that pigs sent to slaughter suffer horribly, and states should be allowed to pass laws protecting animals when the Federal government has failed to do so. 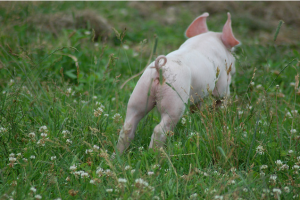 That’s one reason we are so excited that the New York University Student Animal Legal Defense Fund managed to get some of their most prestigious faculty members — Catherine Sharkey, William T. Comfort, III, Roderick Hills, Jr. and Richard Epstein, as well as New York Court of Appeals Judge, Robert Smith — to participate in a “moot court” of the case, in which they act out the roles of advocates and judges, to air the arguments on each side and inform the audience about the case. Even better, they videotaped the event, and a link to the video  and the article about the event ended up on the front page of the NYU Law website.

In spite of all the technical legal issues involved, it’s not possible to discuss this case in this kind of detail without considering the animal cruelty issues at its center. Thus, all of the people who went to this event or watch this video because they are interested in the legal scholarship involved or impressed by the participants now have had an opportunity to be introduced to the ones who really matter here — the pigs.

Photo at top of blog: Courtesy of Farm Sanctuary