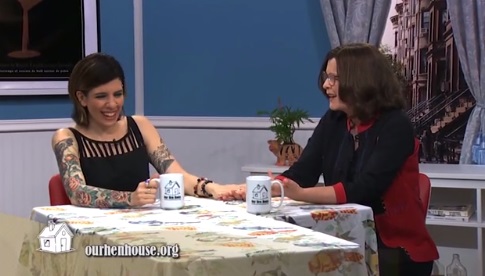 Remember your favorite re-runs to watch when you were a kid? Well, now we want to help you foster similar memories OHH-style! Gear up for TV Tuesdays — all the hairstyles, glasses, and guests from Season One of the OHH TV show, brought to you every other Tuesday.
This week we bring you Episode 13, with film critic Noah Gittell and vegan runner Christine Frietchen, whose piece was recently published in Lantern’s Running, Eating, Thinking: A Vegan Anthology (alongside Jasmin’s!).
Now, pop some corn and pull up some hay — let’s get squawking…again!

All I Want for my Birthday is “Our Hen House: The Online...