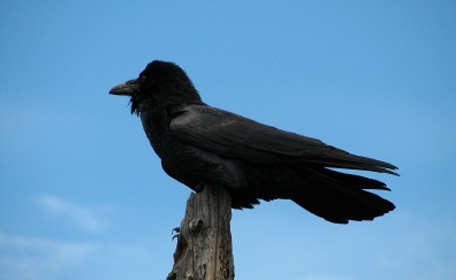 Even if you’re not a lawyer (Jasmin’s not!), staying up to speed on animal law news and events should be something that any animal activist prioritizes, and there is sure a lot going on right now in that ever-growing field. Read on for a few of the events that we are particularly excited about (some of which, happily, we will be speaking at):

First and foremost, the 19th annual Animal Law Conference (wow — 19th?!) will be held next weekend, on October 14-16, at Lewis and Clark Law School in the very vegan-friendly city of Portland, OR. We are on cloud 9 about speaking there. Our workshop will take place on Sunday, Oct. 16, and will cover one of our favorite topics — the one you can’t get us to shut up about — incorporating animal activism into your everyday life (and exploring ways to amp up what you already do to change the world). It is entitled “Enough Already. DO Something for Animals!” While at this one-of-a-kind conference, we are also thrilled that we’ll have the opportunity to hear so many exciting speakers, including Sarah Baeckler of the Chimpanzee Sanctuary Northwest, David Cassuto of Pace Law School (who you can check out on our podcast), Carter Dillard of the Animal Legal Defense Fund (also featured on our podcast), Kristen Stilt of the Egyptian Society for Mercy to Animals, and so many other movers and shakers from the world of animal law. Our bags are packed (well, not really…), and we can’t wait (yes, really)!

In fact, we are so eager about this trip that we will be going out to Lewis and Clark Law School a day early for a separate Animal Law Review Symposium. This symposium is being organized by the students who publish the student-run law review, Animal Law — the first journal dedicated to animal law issues in the country, and one that remains the best known of what is now a wide array of such journals. The symposium will feature some of the leading voices in international animal law, including Maneesha Deckha, Professor of Law at the University of Victoria, who will be speaking on the intersections between critical animal studies and animal law, and the aforementioned David Cassuto, who will be discussing climate change and animal agriculture, with a particularly sharp focus on what’s happening in Brazil.

Beyond that, and back here on the east coast, two very cool programs that are coming up at New York University Law School should also be on your radar. One is a panel on the environmental effects of factory farming, featuring such luminaries as New York Times columnist Mark Bittman, animal law professor extraordinaire David Wolfson (who has also been featured on the podcast), and Jon Lovvorn, the director of the Animal Protection Litigation team at the Humane Society of the United States. The other NYU Law School event to note is a faculty “moot court” of the upcoming arguments in National Meat Association v Harris, wherein the Supreme Court will decide the validity, under federal law, of California’s no-downer law.

Toward the end of this month, Mariann will be speaking in one of our favorite cities, New Orleans (which, by the way, is finally beginning to expand it’s vegan options), at the 3d Annual Continuing Legal Education program of the Louisiana Bar Association’s Animal Law Committee. The program, entitled “Animal Law 3.0”  will feature speakers on companion animal law as well as farmed animal law, and promises to be dynamic and eye-opening.

Though not directly related to animal law, since your calendars are clearly in front of you now, please also note that on October 29, we will be presenting a workshop at the Boston Vegetarian Food Festival (the biggest VegFest in the country) entitled “Shifting to a Plant-Based Diet: Techniques and Tips for Your Walk on the Green Side”; on November 2 we’ll be celebrating Jasmin’s birthday with a Hen Party that will surely result in lots of fun (and hopefully lots of funds, too!); and on November 4 we’ll be presenting “Food as Activism” for the Montclair, NJ Vegan Meet-Up. Also, if you’re in or around NYC, please save the dates of December 1 and December 2, where one or both of us will be presenting two new exciting workshops. You can stay up to speed on those events (and other ones) in the “Upcoming Squawking Engagements” sidebar of our website (look to the right of this).

Now if you’ll excuse us, we need to go take a Valium.