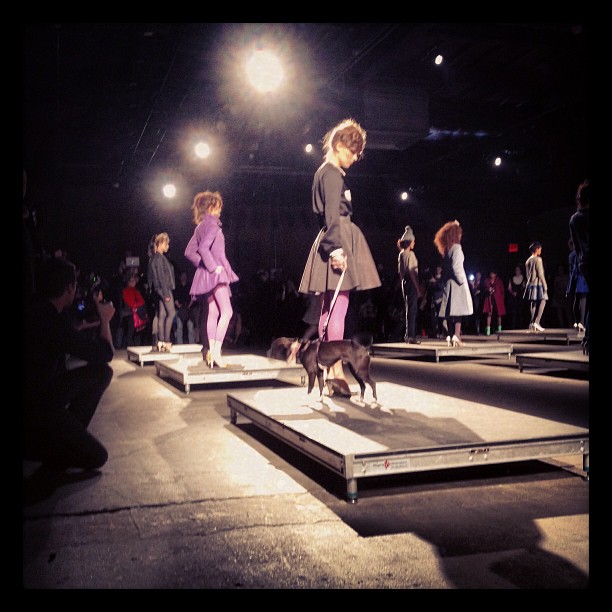 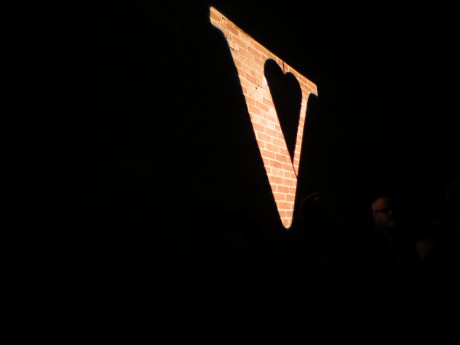 Yesterday, Vaute Couture was the first all-vegan fashion label to show at New York Fashion Week, making compassionate fashion less “on the fringe” and more “all the rage.” Though unnecessary and cruel fur and leather products may be said by some fashionistas to be “trending” this year, Vaute Couture sends a clear message to its NYFW contemporaries: There is a better way.

Designer and dedicated animal activist, Leanne Mai-ly Hilgart, showcased her first ready-to-wear line with tops, dresses, skirts, pants and sweaters, adding to her outerwear and statement tees for which Vaute Couture is known. In addition to being vegan, the line is made entirely with fair labor practices. The sustainable materials include organic velvet, organic moleskin, organic cotton shirting, organic cotton Sherpa, organic cotton fleece, 100% recycled closed loop zero waste satin, and metallic vegan leather made of recycled fibers from Ultrasuede. Some of these fabrics have never been produced before, created with precision by Leanne herself. 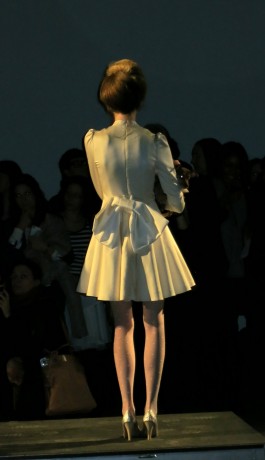 In 2009, Leanne – a former supermodel – launched Vaute Couture to solve the classic vegan winter coat conundrum that plagued her during cold Chicago winters. She didn’t want an “accidentally vegan” coat whose materials likely were chosen because they were economical rather than superior. Her coats are made with high tech fabrics so they perform like a ski jacket, but look like a classic winter dress coat.

You can hear a recent interview with Leanne on the Our Hen House podcast where she recalls the history of Vaute Couture and discusses her new storefront Vaute Here!, located in Leanne’s new home, Brooklyn. In this interview, Leanne touches on a critical key to her success as an activist designer: Her apparel is more than just “the vegan option”; it is better than the mainstream alternative in style and function. Vaute represents the next level in ethics, quality, and design rather than a cruelty-free trade off. As OHH co-founder Jasmin Singer said in today’s CNN article, “Vegan couture: Faux meets fabulous,” “There are accessible, affordable, sustainable and attractive alternatives that are ethically sourced and cost no lives. Why not choose them?” Indeed, Vaute Couture’s cutting-edge clothing broadcasts the message that being vegan is not a sacrifice.

The Vaute Couture fashion show began the way I wish every event would start, with delicious, decadent desserts catered by Vegan Treats. The show was sponsored in part by the Humane Society of the United States, whose recent video about the fur industry may be the first that didn’t make me ball my eyes out, yet still managed to pack a serious punch (making it an effective new advocacy tool). Additional sponsors included Farm Sanctuary, PETA, and PCRM – each with experts on hand eager to discuss how animals are exploited for fashion. The all-vegan makeup that the models wore was provided by DeVita, hair by the cruelty-free Salon Champu, women’s shoes by Love is Mighty, and men’s shoes by Brave GentleMan. 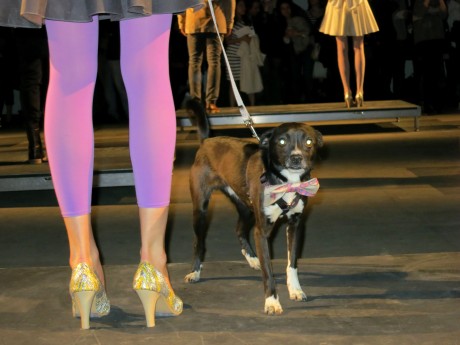 To turn the activism dial (not to mention cute factor) up to 11, the show included huggable, lovable, adoptable dogs. The Humane Society of New York and Badass Brooklyn Rescue had on-site rescue representatives mingling and answering questions, while rescue dogs graced the show in stylish Vaute Couture bows (a collaboration with Djuna Shay), sweaters and coats. Not only did this hammer home the importance of adopting rather than buying, but it was also a great way to spotlight animal cruelty issues by allowing the smitten and focused crowd to draw parallels between farmed and companion animals, perhaps even getting a glimpse of their own “fashion carnism.”

As fictional hero Sailor Moon, one of Leanne’s inspirations, says, “They are not others, they are my friends,” to which Leanne adds, “and we do not wear our friends.” For me, the wild success of the Vaute Couture fashion show represents a seismic shift in the public’s attitude about compassionate consumerism. When it comes to where and how we consume, it’s absolutely time to “Vaute Here.” 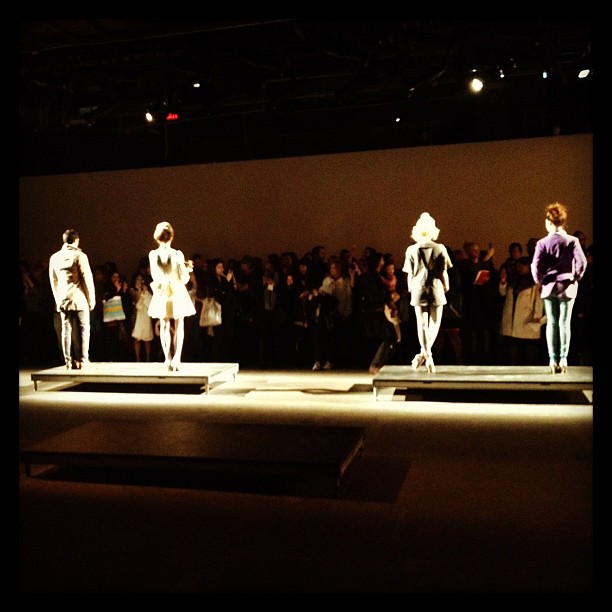 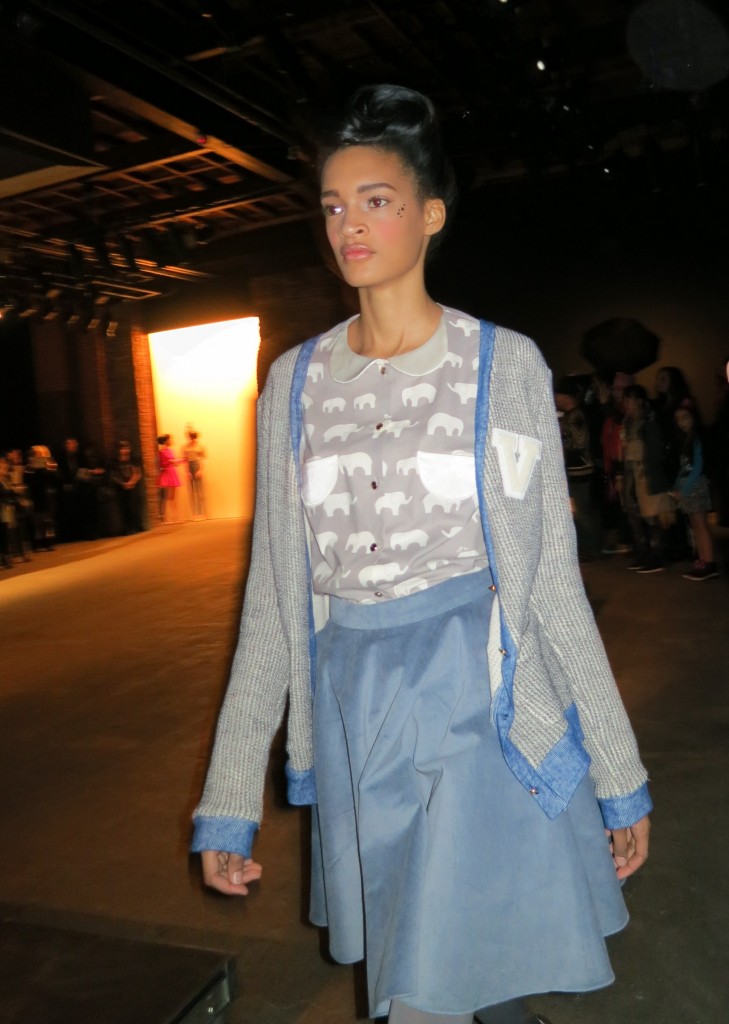 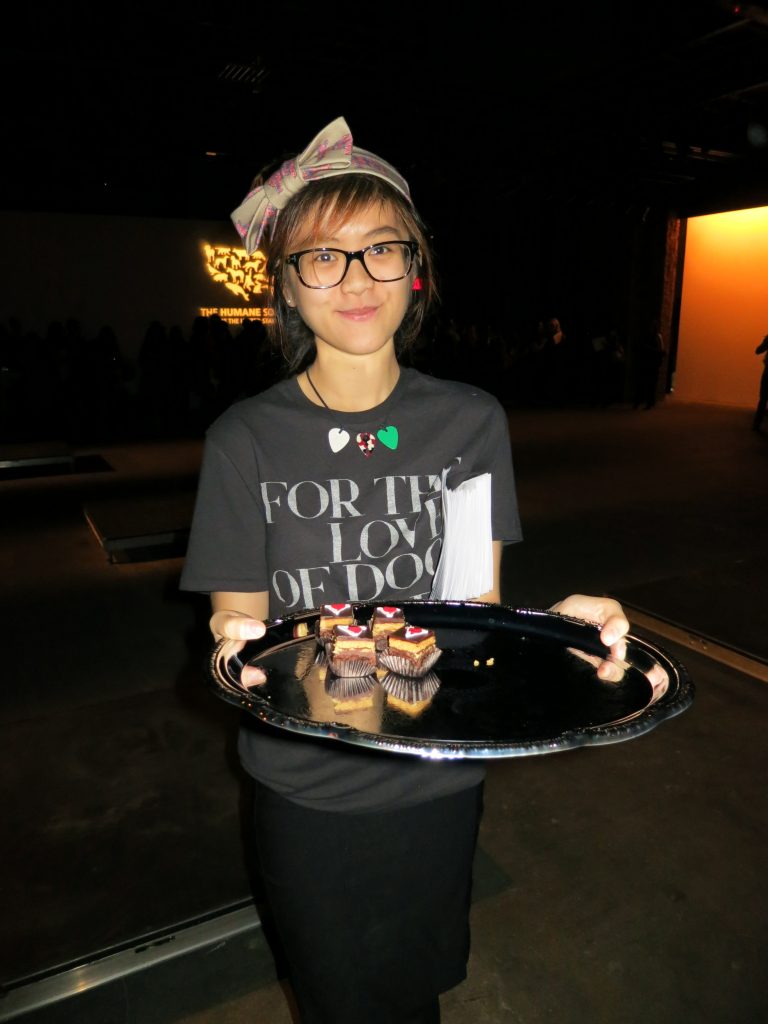 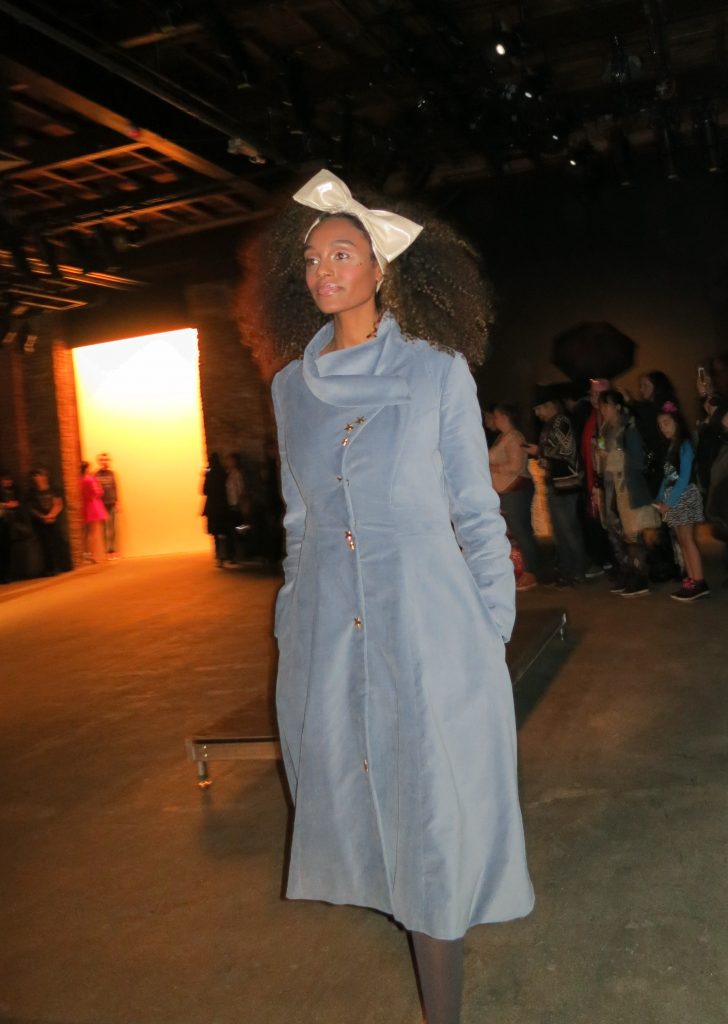 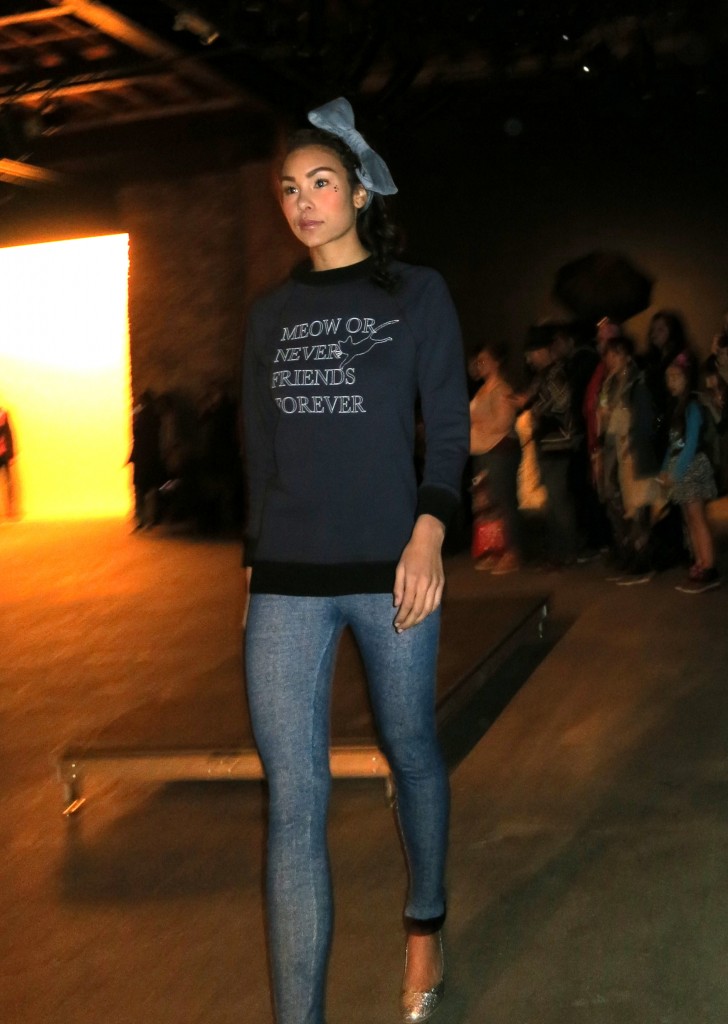 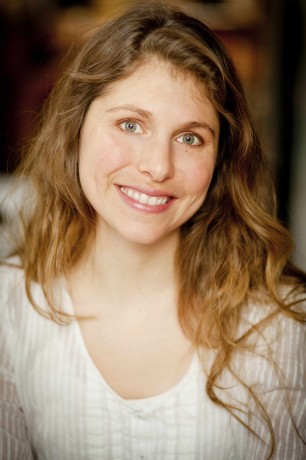 Elizabeth Laurel Dee is a fifth-generation candy maker with a vegan sweet tooth, co-owner of Smarties Candy Company, and Our Hen House’s Publications Coordinator. She practices and advocates for compassion and freedom for all beings. A firm believer in Gandhi’s idea of being the change you wish to see in the world, Elizabeth is always looking for new ways to put her master’s degree in media, culture, and communication to good use through effective animal advocacy. When she’s not busy admiring Vaute Couture’s designs, she is fond of getting lost in a book, practicing yoga, and writing. Elizabeth celebrates life with a brave cat, a cuddly dog, and a kind man she bumped into one day on the corner of West 4th Street and Mercer.

Stuffed to the Brim