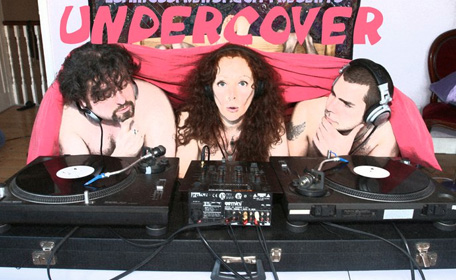 DJ Luminous not only got voted one of the World’s Top 100 Female DJs, but she’s using her talent and status to speak up for animals through her music. Luminous recently created a special “Vegan Anthems DJ Mix” — 17 tracks by well-known bands and musicians with a vegan message.

I honestly had no idea what to expect. The mix is nearly an hour and twenty minutes long, and according to its stats, has been played almost 500 times. But when I hit “play,” I was mesmerized, and will admit that I am now responsible for at least a dozen of the plays. The anthems, which include mixes of artists including Prince (“Animal Kingdom”) to The Smiths (“Meat is Murder”) to my new personal favorite, British solo artist Robert Wyatt (“Pigs [in there]”), blend as if they were meant to be looped together this way into what can only be described as an eclectic, moving, unexpectedly genius set.

Using her DJ skills to advocate so explicitly for animal rights, Luminous had a new fan in me. I spoke with the UK-based Luminous — known to her friends as Louise — about the Vegan Anthems Mix. 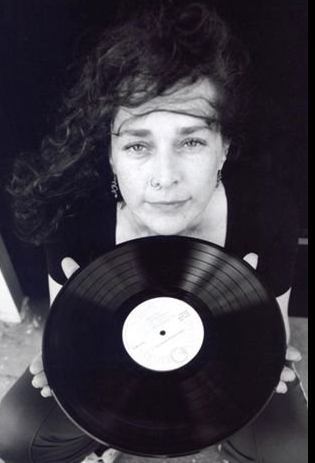 Our Hen House: How long did it take you to put together the Vegan Anthems mix?

DJ Luminous: The mix took me a couple of months to research. I can’t remember the exact impetus for it. I often daydream about what tracks might go together, so I think my subconscious had been working on this for a while before the idea actually crystalized.

OHH: Were you familiar with all the songs before you created the mix? And how did you decide which songs to include?

Luminous: Flicking through my records one day, I found I had a few with vegan themes, but not enough for a mix. So I started googling “vegan and vegetarian songs” and cherry-picked my favorites. They had to have musical merit, that was my starting point. And, of course, they had to reflect my own personal bias: no thrash metal.

My partner (and fellow DJ), Frank, got me to thinking more laterally after he pointed out that the disco classic “Supernature” had a vegan sensibility. I’d never listened to the words before, but dammit, he was right! That got me excited, and songs began to suggest themselves. Robert Wyatt’s “Pigs… In There” had made an impression 20 years earlier, when I’d heard it on an “Artists for Animals” compilation, along with The Style Council’s “Bloodsports.” I can’t tell you how cool it was as a vegan in the 80’s to have top bands write the soundtrack for your life. And none cooler than The Smiths with a number 1 album called “Meat is Murder.”

OHH: So how did your search for vegan songs go?

Luminous: My search uncovered some hidden gems. I was blown away when I discovered “Animal Kingdom” by Prince. I had no idea he was vegan, let along written a vegan anthem. He did a great job examining the perversity of inter-species breast-feeding!

OHH: Tell us more about the mix.

Luminous: It’s a diverse mix. Paul McCartney’s vocal on “Wildlife” is stunning. I punk it up in places with The Poison Girls, and “Peacemeal” by X-Ray Spex. Consolidated and Dead Prez head up the Hip Hop. One of my friends suggested Cecil McCartney, who recorded a folk album, “Om,” in the late 60’s and was said to have inspired Van Morrison’s album “Astral Weeks.” Quite a few of his songs had vegan sentiments: I chose one of his weirder. I had a minor dilemma about whether or not to include Howard Jones, but decided to go for it. The only band to have more than one track in my mix is The Playthings: I couldn’t choose between two tracks, so I chose both. “Life in a Bowl” gives me tingles every time, and “Nursery Rhymes” is chillingly hypnotic. Or is it hypnotically chilling?

OHH: What was the process like of putting all 17 tracks together into the brilliant mix it became?

Luminous: It took me a while to work out the “flow,” a whole art in itself. I wrote out the order, then not being one to miss out on an adrenalin fix, did a live mix using CDs and vinyl. Third time was lucky!

OHH: You must be very proud of the final result! It’s an astonishing mix!

Luminous: I was genuinely amazed how many “Vegan Anthems” I managed to find, and by the quality of the songs. It gave me a buzz. My only regret was not finding more contemporary tracks. The only exceptions being “Be Healthy” by Dead Prez and “McEmotion” by my own band, Luminous Frenzy.

OHH: So, as an activist — and as the former president of the UK Vegan Society! — would you say that the “Vegan Anthems” mix is your greatest work, at least as a musician?

Luminous: This was by far my most personally rewarding project as a DJ. I’m planning a follow-up mix called “Vegan Artists,” featuring musicians known to be vegan. Plenty of scope there, and this time I can pick any song as long as the artist is vegan, not just songs that have a vegan message. The research has begun, and “I Love Rock’n Roll” (Joan Jett) is top of the playlist.

Listen to the Vegan Anthems mix.