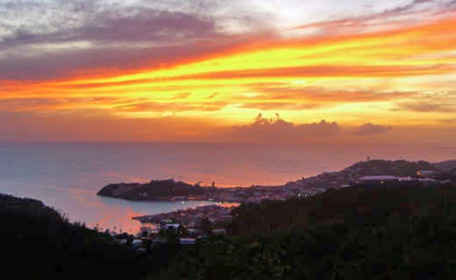 Vegan Castle in the Clouds: Visit The Vegan Lodge Before They Close Their Doors

There are certain parts of the world that, after you visit, etch their way into your heart for good. You wake up in the middle of the night thinking of them, wondering, even in your half-slumber, what the sky there looks like just at that moment. And then there are people who you meet along the way, as you trod through your life, who feel like old friends, even upon just meeting. When these two forces come together — those special places and those unforgettable people — I find I believe in magic. 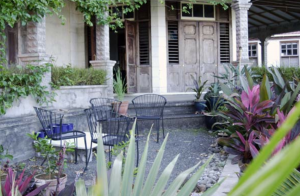 I stared at my computer screen for a good half hour before writing that. The truth is, there are simply no words to adequately describe the magnificence of The Vegan Lodge in the southern Caribbean island of Grenada (which is just northwest of Trinidad, and northeast of Venezuela). I first heard about it when I wrote a piece for VegNews Magazine about ecotourism. Though that is an industry frequently (not always) fraught with bullshit and greenwashing, there are, amidst the connivers, a small few who are true blue — folks who pull out all the stops in demonstrating how to live a life in absolute accordance with their ethical beliefs.
Enter Mark and Mary Hardy, a British couple full of passion and kindness — the owners of “The Lodge” (as it’s more commonly referred to) when Mariann and I came across it in 2010. While interviewing them for my article, I quickly fell in love with the pair. Their commitment to animal rights, veganism and environmentalism, and their strong love of Grenada, all shone through loud and clear in their work. The Lodge was built atop an old plantation. The Hardys fully poured themselves into the place, wanting to create for others, as Mark puts it, “the vegan holiday they were never able to have.” Even after Hurricane Ivan destroyed their buildings in 2004, they rebuilt — stronger and more committed than ever.
When we visited, we actually literally wept — we had never experienced such beauty. Standing atop the mountain where The Lodge stood, we saw on one side a breathtaking view of the crystal clear sea. On another, the rainforest. On yet another were the lights from Saint George — the country’s most bustling area, where one can find for sale on every corner the rare selection of pungent spices that earned Grenada the nickname the “Island of Spice.” The first time we spotted a sky-wide rainbow, while standing outside on our room’s private veranda (each of the 3 rooms have them), we ran for our camera. Quickly, however, we found out that rainbows in Grenada are about as commonplace as banana trees. 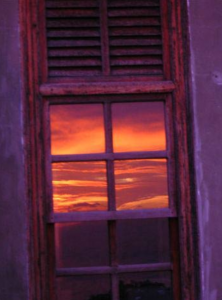 Mark and Mary fed us well during our stay, making vegetable-centric dishes that were colorful, intense, and — spectacularly — all grown from the food in their lush gardens. We swam in their rainwater pool, drank wine and tea while the sun set, took naps on our veranda, and, when we felt like venturing off the grounds, took the city bus down to the beach, where we swam in warm clear seawater, and had vegan Calalloo when we worked up an appetite. At night and in the morning, we talked to Mark about his music (he is a world-class drummer), played Bananagrams with Mary, or simply sat in their company, watching in awe as they danced to nothing more than a light wind, Mary occasionally breaking out into the most infectious and vibrant laugh you have ever heard.
That is why I call it magic.
A year and a half ago, I was devastated by the news that Mary had suddenly and tragically passed away. After regaining my composure, I touched base with a heartbroken and grief-stricken Mark, who humbly asked me to write a eulogy about Mary for VegNews.
How do you capture an infectious laugh in 100 words or less?
We have stayed in touch, Mark, Mariann, and I. As I noted, The Lodge, Grenada, and the Hardys (both of them) are a permanent fixture in our hearts — there is no getting around that. Mark closed The Lodge for a while, eventually reopening with his son — food and rainbows fully intact. Mark and I Skyped a few days ago, and he informed me that it is time for him to move on. The dream of The Lodge was his and Mary’s. It is different now — special in a whole new way, he said, but his music calls to him, asking for his new life to center around that which makes people dance and swing. Mary is, after all, alive in the notes he plays. 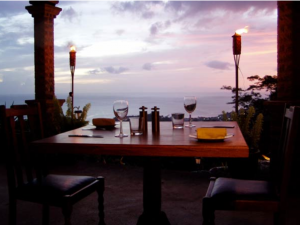 So The Lodge is going on the market, along with a legacy that will never be surpassed. Mark anticipates that, due to the real estate situation in Grenada, The Lodge will still be there for a while, and he and his son will continue to give it their all, their gusto, their fervor.
And so, in the interest of vegans supporting and enjoying one another, I am writing this in hopes that you will consider a vacation to The Vegan Lodge sometime soon. Let’s face it, you need a vacation. And there will rarely be an opportunity for you to bask in a glorious wonderland like this ever again. I told Mark that the decision to close, though understandable, was bittersweet. He said that word hit the nail on the head. I also said that I have no doubt that until the day he shuts his doors, vegans and those who are on the road to veganism will continue to be wowed by this castle, and the experience therein. Mark agreed with that too. We smiled, thinking of Mary, knowing that if you listen close enough, her laugh is still present in the banana trees.
It’s also present, by the way, on Episode 50 of our podcast, where the two joined us as the special guests. I hope you take a listen.
And if you yourself are in the market for a vegan castle in the clouds, perhaps you should reach out to Mark. Dreams only come true when we take a chance.
That’s what I think Mary believed, anyway.