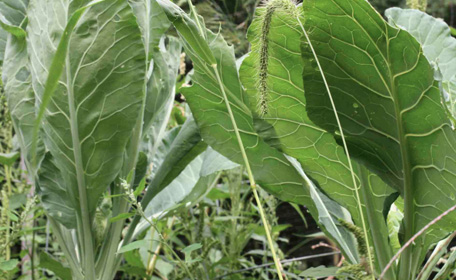 Across the pond, there is a noteworthy vegan dinner club that has grown by leaps and bounds — so much so that one of the members might turn it into a cafe. As reported by longtime animal activist, Kim Stallwood, in Hastings Life, some residents of the “fishing villages” of Hastings and St. Leonards created a tiny rebellion against the ubiquitous consumption of sea “food,” a “secret vegan society” of sorts. Starting with just a small handful of vegans who were interested in expanding their food horizons and creating “more adventure in the culinary arts for those who don’t want their food killed for them,” the Hastings Vegan Dining Club was created — and Kim is a proud card-carrying member. And it’s clear that Kim has indeed expanded his own personal food horizons: “I testify willingly to enjoying a delicious Sunday afternoon English cream tea, discovering Bombay street food, taking comfort in a traditional Christmas dinner and even experimenting with such dishes as chocolate ravioli. We’ve also had TexMex, Caribbean, 1970s dinner, classic French, Burmese, Thai, Korean, faux Domino pizza, Italian and Halloween Scary!” 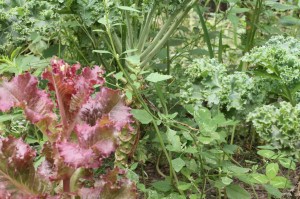 Check it out! I took this photo! It’s food — that GROWS! Let’s eat it!

Sounds pretty divine. Understandably, over the past three years, membership had grown from the core group (or should I say “hard-core” group?) of six to 20. At this point, one of the members, Maresa Bossano, decided to take the next logical step, rent a space, charge admission, and make this delicious food available to a wider, and not necessarily vegan, audience. Indeed, at the most recent dinner, a whopping “30 guests sat down at a very long table laid with red and white check tablecloths decorated with bay leaves and candles for an Italian peasant vegan feast… (We didn’t eat Italian peasants, by the way.)” Maresa is now working on plans to open a vegan cafe. Clearly, Hastings is ready and willing to delight in her dream right along with her.

This is inspirational for so many reasons. Let’s dissect this for a moment (this is the kind of dissection that is allowed):