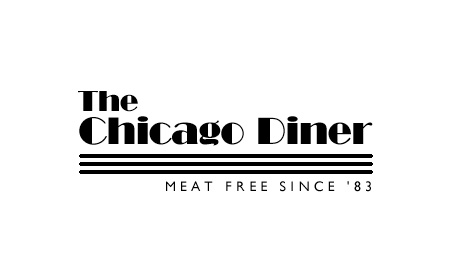 The Chicago Diner is one of our favorite restaurants on the planet. “Meat-Free Since ’83,” the vegan restaurant has the best sandwiches, shakes (try their peanut butter chocolate variety), and brunch food around. Even though I’m slightly annoyed that it’s not the “New York Diner,” and I have to take a plane to get there, the fact that it’s in Chicago is a perk. Gives me something to look forward to whenever I visit that bustling city, where you could stand on Oak Street Beach at Lake Michigan and be literally feet from the Magnificent Mile.

Another upside of Chicago? Chicago VeganMania, which is occurring for the second year in a row, this time on October 9, from 10-6, at the Pulaski Park Fieldhouse. As one of the organizers of the event, Marla Rose, told me, “It’s a day-long celebration of vegan culture, commerce, community, couture and cuisine…” Following last year’s successful event — where a line of eager people awaiting entrance stretched around the building — the organizers are fully prepared for a true massive par-tay, vegan style.

One of the highlights this year is their art lounge, where they plan on showcasing the work of vegans. I’ve gotta tell you, I did a cartwheel when I heard about that addition, and I’m convinced that every animal rights or vegan themed conference or event should include an arts lounge like this. People are so moved by art, and when animal lovers use their artform to spread compassion, the result can be magical. There will also be three painters there the day of the event, creating work in real time. The lounge will also act as a relaxing, DJ’d environment where folks can network, mingle, do crafts (I’m in!), and just be inspired.

That, of course, after they are full from the delicious vegan grub served by dozens of vendors. There will also be cooking demonstrations — including one with Isa Moskowitz (who joined us on our podcast recently), and one with the angelic folks from The Chicago Diner (sigh). Speakers include Dr. Milton Mills and Carol J. Adams.

According to their website, Chicago VeganMania is the brainchild of EarthSave Chicago. After EarthSave Chicago staged a yearly event called The Conference for Conscious Living, they decided to step it up and “put together an event that would show off Chicago’s dynamic vegan community to the rest of the world.”