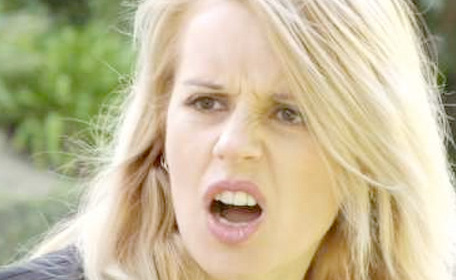 As reported by Ecorazzi, actress Joanne Rose has launched a new comedic web show called Vegan101. In it, she takes stereotypes of vegans to the nth degree, lightheartedly poking fun at our lifestyle. Joanne uses humor to advocate veganism. The six-part series features short vignettes about things like vegansexuality, and potlucks.

What I like best about this series is that Joanne Rose is taking a fresh approach to advocating for animals. This is the first vegan web series I know of, and it’s “LOL factor” combined with Joanne’s popularity (the show was prominently featured on Will Ferrell’s website, Funny or Die) is a creative activism A+.

Going to a Conference This Year? Try One Online.