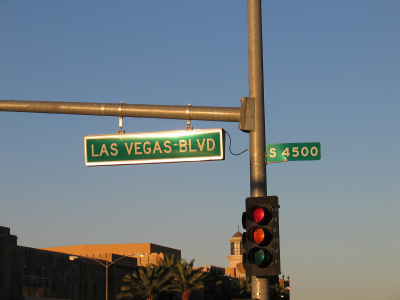 Thanks to VegNews for bringing our attention to a new vegan dessert truck in Las Vegas. But this isn’t just any vegan food truck …

Frozendipity is set to arrive this summer, and is part of a class assignment for the lucky students at the University of Iowa who are about to get a “vegucation” about plant-based goodness.

The Las Vegas Sun reports that the students, who were enrolled in the class “Reimagining Downtown,” taught by Professor David Gould, were assigned to create a project that would help revitalize downtown Vegas. This very cool assignment was a result of a cooperative arrangement with Downtown Project, an organization which describes itself as devoted to “transforming Downtown Las Vegas into the most community-focused large city in the world.”

According to the article, the Project committed $50,000 to the class, and Frozendipity — which the student project’s Facebook page describes as “a charming, nostalgia-inducing, renovated ice cream truck serving raw, vegan treats while inconspicuously showcasing an introduction to healthy foods” — was born.

Well, wow. When Mariann and I visited Vegas a few years ago, while en route to Best Friends Animal Society, the vegan food was slim pickins (with the exception, of course, of the famed — and rightfully so — Ronald’s Doughnuts). Nowadays, thanks to American business mogul Steve Wynn’s recent vegan awakening (he subsequently bought 10,000 copies of the documentary Eating for each of his staff and made it required viewing), vegan dining in the City of Sin has never been more delicious (and less sinful). Wynn, who owns several widely-recognized resorts on the Strip, made sure each of them had their share of cruelty-free fare. Just when I’d finally decided to not throw any more money away, once and for all, these student entrepreneurs have given me yet another reason to brush up on my blackjack. It seems another visit to Las Vegan — I mean Vegas — might be in order.

Admittedly, we can’t all start vegan businesses such as this one — but there are ways of learning a thing or two from these students. When it comes to what we at Our Hen House like to call “for-profit activism,” the sky is the limit, really, for what can be accomplished. I admire these students for “Reimagining Downtown” — a place that is marred by poverty — in the direction of reimagining healthy, plant-based cuisine. I see the lesson here as twofold:

Oh, and whichever student came up with the name “Frozendipity” deserves extra credit. They got the name right; let’s just hope that these kids hit the jackpot.

Frank, After the Storm