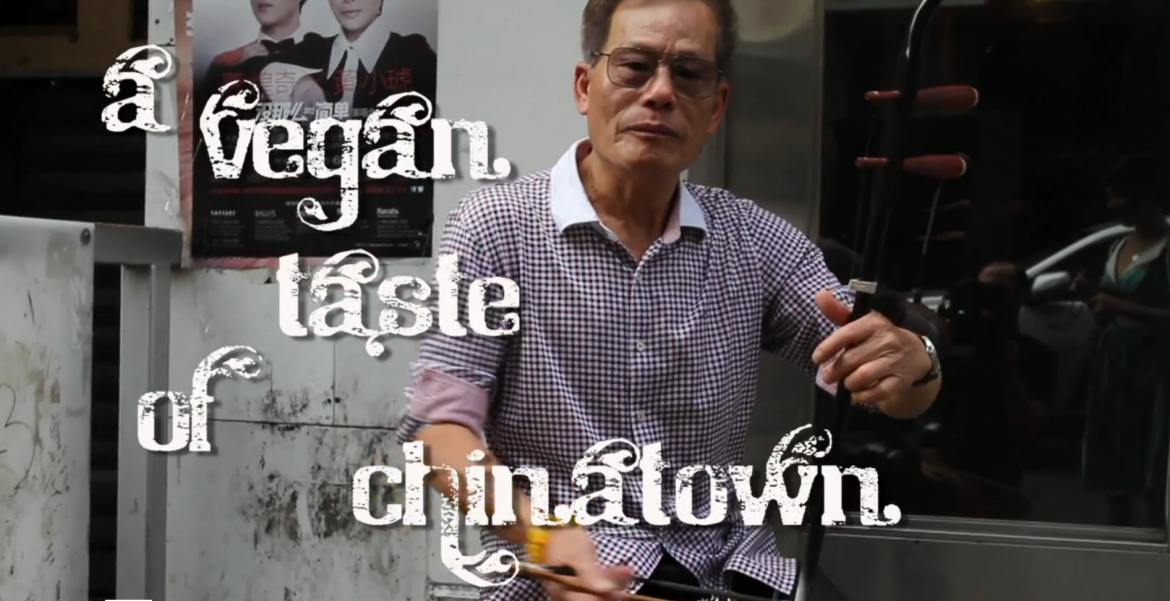 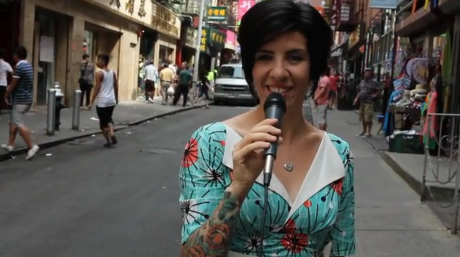 I have been waiting a while for this video, A Vegan Taste of Chinatown, to come out. To be honest, it was Mariann’s idea. The two of us are completely enamored with Chinatown, which is very close to our shoebox apartment, and so we go there a lot. We love it so much that Chinatown was where we spent our Honeymoon (which, OK, was just a one afternoon — but it was the best afternoon of our lives). And every time we visit — which is several times a week — Mariann says, “We need to make a video of the vegan selections in Chinatown!” And so, finally — mostly in order to get her to talk about something else — I got the wheels turning. And it was perhaps the best decision I’ve made in a while. Because the Chinatown video is, indeed, my favorite in OHH history.
We could not have done it without the incredible help and knowledge of Patrick Kwan — a longtime animal activist and the new Communications & Development Director for the Chinatown Partnership Local Development Corporation. Patrick grew up in Chinatown, and went vegan as a kid. He knows the ins and outs of the vegan scene there better than anyone, and was generous enough to share some of his favorites. And a big, huge thank you to the wildly talented Allison Geatches for writing the music, and to the always-talented Evan Creem for shooting and editing the video.
Oh, one last thing: Today is my birthday! As far as I’m concerned, there’s kind of no greater present (well, almost) than publishing this video on October 30. It would thrill me if you’d watch it and share it far and wide. Here’s a sample tweet for you, in case you’re really lazy:

You gotta see this! I LOVE @ourhenhouse’s new video, A #Vegan Taste of Chinatown! bit.ly/OHHchinatown

Without further ado — Happy Birthday to me! — and here’s our newest video: