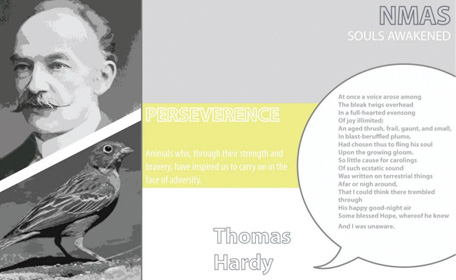 Last November we told you about the call for art and photos that The National Museum of Animals & Society was planning to launch, seeking entries for a heartwarming and unique exhibit entitled “Souls Awakened: The Animals Who Have Shaped Us.” This virtual exhibit has officially launched, and I recommend that you bookmark the page, and spend a few minutes each day reading the stories and smiling at the photos of animals who have indeed awakened people’s souls. According to The National Museum of Animals & Society’s press release: 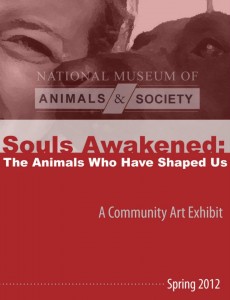 “Souls Awakened” highlights the personal side of the movement to protect animals. Humankind’s interaction with the animal world goes back to the dawn of civilization, yet the field of human-animal studies — the exploration of the how, when, and why of these varied interactions — is still in its infancy. Now, a new online art and photography exhibition explores just a handful of the ways the animal world has affected the human realm, through sharing the stories of individuals impacted by observing or interacting with animals. “Souls Awakened: The Animals Who Have Shaped Us” showcases the contributions of nearly 40 artists, photographers and writers, discussing the one animal that changed how they feel, how they think, how they act, and — ultimately — who they are.

Admittedly, after glancing at a few of the photos and stories, I got sucked in, and spent a good portion of my morning allowing them to permeate, awakening my own soul a little bit. One particularly special entry was by activist Julie Janovsky, who posted a photo of the glorious pig, Nikki, and her piglets. Julie said:

Nikki was a sow confined to a gestation crate, only to be saved by the Iowa floods of 2008. After the floods hit, she was one of the lucky few who swam to safety, gave birth on the levee and for the first time was able to nuzzle her piglets. When we found her, her ears were burned to a crisp, and her ribs were showing, but still, she had made three nests to shelter those piglets and made every attempt to provide nourishment to them. We gave her a power drink and she ran back to her piglets immediately and laid down to feed them. She was easily one of the best mothers one could ever watch. She is now safely living with those piglets at Farm Sanctuary. She shaped my life by showing love, forgiveness and strength. 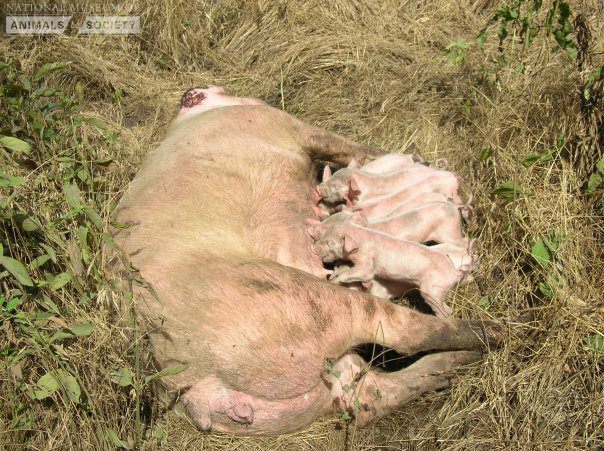 Here are Nikki and her piglets, as seen in the virtual exhibit, “Souls Awakened: The Animals Who Have Shaped Us.” Photo courtesy of The National Museum of Animals & Society

Having an animal shape our lives “through love, forgiveness, and strength” is something that so many of us can relate to — if we’re lucky, that is. I’ve experienced it time and time again — at sanctuaries, shelters, outdoorsy gallivants, and even walking around here in NYC (I can’t get enough of pigeons!). Most profoundly at the moment, my pit bull, Rose, awakens my soul on a regular basis.

As I’ve talked about before, her story involves being found tied to a tree — where she had been for several days — taken to a “shelter” (that killed all pit bulls), and being snuck out in an “underground railroad” of sorts, by a caring employee who fell in love with her. Rose was Mariann’s companion before she was “ours,” and in the past 5 years I have watched with awe as she has demonstrated, time and time again, the power of unrelenting devotion, empathy (yes, empathy! or at least that is how it seems from my end), and love. When I look at Rose and think of what she has been through — what most animals have been through (look at Nikki!), I feel refocused and re-energized. It is impossible to ignore the plight of animals, to diminish the imperative that we each have to fight for them — especially when there is a glorious pit bull curled up in a ball on your lap. (Would someone please inform our dog that she is not a kitten?)

“Souls Awakened: The Animals Who Have Shaped Us” has brought all of these feelings to the surface for me. I feel motivated, and reminded of why I cannot get too sidetracked by petty personal things. Like the number I have tattooed on my left wrist — 267 — the number of chickens killed every second in the U.S. alone, this exhibit is another way to put things in perspective! Look at the animals all around you (even the human ones). Fight for them with everything you’ve got. Awaken your own soul.