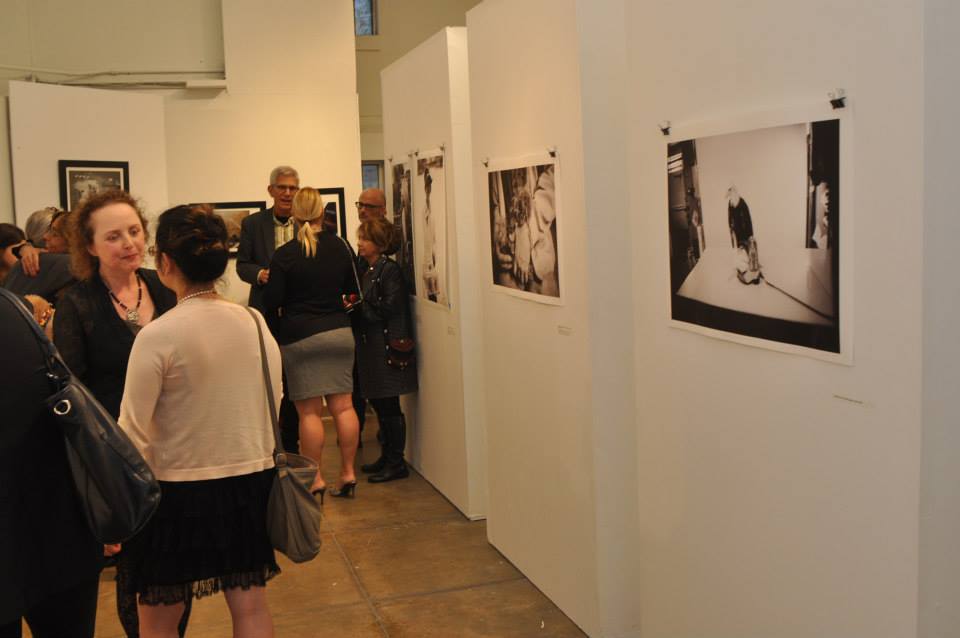 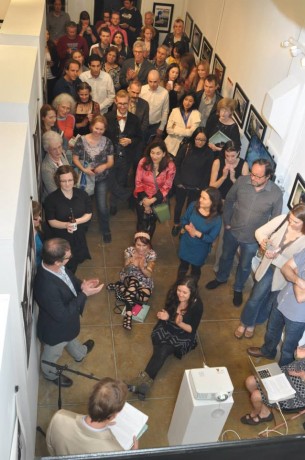 If you are not yet familiar with the work of the National Museum of Animals & Society, that needs to change. The museum, now located in its brand new digs in Los Angeles, has been doing groundbreaking work since its inception, and this spring NMAS marked another “first” as it hosted the first-ever gallery exhibition of Jo-Anne McArthur’s powerful photographic work. The exhibit, titled “We Animals,” a reference to McArthur’s ongoing photographic project, was curated by Karen Fiorito and featured a range of images from McArthur’s career in animal rights thus far. From scenes of slaughter to photographs of rescued animals living out their days at places like Farm Sanctuary, this exhibit, like McArthur’s larger project, delved in to the myriad of often deeply troubling ways in which human and nonhuman animal lives are entangled, and highlighted the complexities that shape the way we treat and think about animals in our contemporary times. Neither collection is didactic – instead of offering oversimplified solutions, both McArthur’s photographic work and Fiorto’s curatorial vision open up new ways of thinking for viewers who may not have previously stopped to reflect on the ongoing and systemic ways in which nonhuman animals are exploited today.
Fiorto is particularly interested in curating exhibitions with a political or social justice focus, and, in fact, this is not the first animal-rights themed exhibition that she has been involved with – in 2011 she curated Evolution Revolution: The Interconnectedness of All Beings (Arena 1 Gallery, Santa Monica), featuring the work of artists such as William Wegman, Sue Coe, and Robbie Conal.  Clearly, her curatorial vision was a perfect fit for this project. 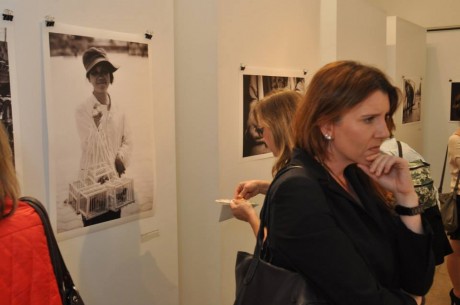 For Fiorto, the value of exhibitions like this one in changing the world for animals is that they can challenge “people’s assumptions without cramming it down their proverbial throats.” Thus, a well-curated exhibition can work in a way that other forms of communication and advocacy cannot. And indeed, this exhibition accomplished that perfectly, by setting up room for dialogue and recognizing the many and varied reactions that people may have when they encounter these kinds of images. For example, there was a careful mix of images depicting suffering with images showing rescue and sanctuary – the blend of difficult images with images showing hope was important for both Fiorto and the NMAS. In addition, there was an “action room,” which gave people a chance to learn about ways they could get involved with animal advocacy campaigns, recognizing that when people first encounter images as powerful as McArthur’s, they often feel overwhelmed, wanting to do something but not necessarily sure where to turn or what that first step might be.
While in town for the opening, I had an opportunity to speak to some students from a nearby college who were attending the exhibit. Their responses ranged considerably – some were dedicated activists who were very passionate about the issues represented through McArthur’s work, but others were only there because their instructor required them to be. They hadn’t really thought about the issues nor about the relationship between art and advocacy prior to stepping foot inside the museum, but their experience at the NMAS raised some important questions for them, such as the ways in which photojournalism can be used in conjunction with education and with legislative lobbying. We also talked about how imagery can make visible things that may otherwise be culturally invisible, and the importance of spaces like museums and galleries in creating safe spaces for dialogue and inquiry. 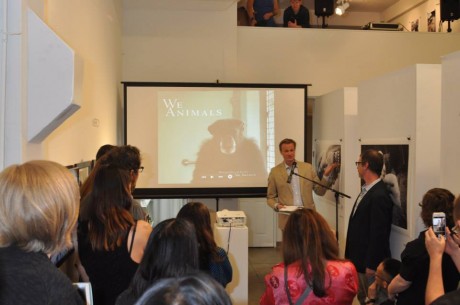 Opening night was a packed house, and several special guests were in attendance, including Moby, Martin Rowe (Lantern Books), and Ray Zhu (Animals Asia). There were also a number of dogs in attendance, something that certainly sets this venue apart from most other museums and galleries! Among the canine attendees were two dogs who had been rescued from the dog meat trade in South Korea by In Defense of Animals – they came straight from the airport to NMAS, and visitors to the exhibition had a chance to meet the dogs and learn about about what they had been through, as well as the work of In Defense of Animals.
The day after the exhibit’s opening celebrations included two additional events. Ray Zhu gave a special illustrated presentation about the important rescue work that Animals Asia is doing. Then there was a special excursion out to Farm Sanctuary’s “Animal Acres” shelter (Acton, CA) where participants had the opportunity to learn from Jo-Anne McArthur how to take great pictures of the animals. (Tip: Get down on the ground!)
The National Museum of Animals & Society was a most fitting location for this long-overdue exhibition of McArthur’s groundbreaking photographic work, and I was honored to have had the opportunity to participate in the opening weekend festivities.
Share 0 FacebookTwitterPinterestEmail
previous post

Episode 240: “The conventional view serves to protect us from the painful job of thinking.”