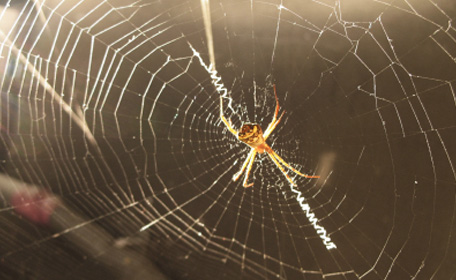 Remember “Video Killed the Radio Star?” Well, I’m thinking that in a few years time, The Buggles will have to come out with a reworked version: “Webisodes Killed the TV Star.” Okay, maybe it doesn’t have quite the same ring to it, but you catch my drift: Webisodes are slowly taking over TV.

Stay tuned for “Until Every Cage is Empty”

Which means it is the perfect time for animal activists to jump on that bandwagon. In addition to the ease of it all, since, after all, webisodes can be self-produced and totally DIY, emerging media platforms will make it  accessible for others to watch, and hopefully, be swayed in a compassionate direction.

I was thrilled to hear about a new webisode series, Until Every Cage is Empty (UECE), which is tentatively scheduled to air this summer. Based on true events, UECE will be “shot in movie format as well as documentary,” and every character in the story will be fictional. The creative project is the brainchild of activist and special effects artist, Pete Mander. According to the website for UECE, Pete will partly be focusing his web series on the ALF, but not exclusively. Says Pete, “In short, without giving too much away, two of the four characters are involved with the ALF. The other two have a different view, and that’s all I’m going to say for now.”

Intriguing! And inspiring, don’t you think? In addition to keeping your eyes peeled for this exciting new series (as well as checking out the trailer below), UECE makes me want to massage my creative side, put some use to my dusty BFA in Acting, and create my own animal rights themed web series.

Episode 71: “…almost everyone gets busy on the proof.”