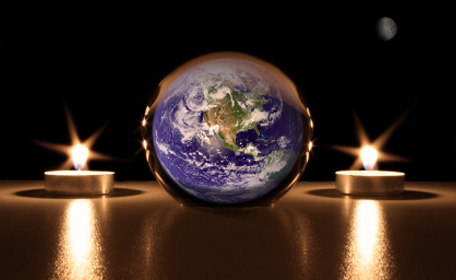 Earth Day is coming up on April 22, and FARM (Farm Animal Reform Movement) has launched its yearly campaign asking people to get involved with “Vegan Earth Day.” They are brilliantly suggesting that we changemakers get on the Earth Day bandwagon and advocate for veganism. Unless you’ve been living under a tomato plant, you already know that animal production is one of the biggest contributors to global warming, and the single most effective thing anyone can do to (drastically) lower their footprint is to adopt a plant-based diet. With the “Green Your Diet” campaign, you attend a non-vegan-oriented Earth Day event and bring with you either leafleting or tabling materials — which you can request for free from FARM.

Do you get as annoyed as I do when “environmental” events are bustling with meals made from dead animals, without so much as a mention of the hard facts, the true inconvenient truth, that animal production is destroying our planet? If so, spend an hour or two this Earth Day being an ambassador for the planet and all its inhabitants. Register today.

Speaking of Earth Day, on April 22, Mariann and I — along with Lantern Books and Brighter Green‘s Martin Rowe — will be presenting a workshop at American University’s Earth Day Celebration, entitled “Do We Really Have to Go Vegan?” Want to take a wild guess at the answer? 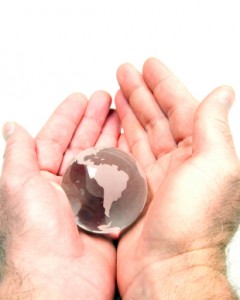 We’ve got the whole world in our hands.

Episode 65: “Who can believe that there is no soul behind those luminous eyes!”