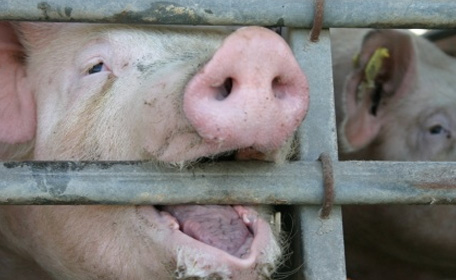 Last week’s victory in the California lawsuit brought by HSUS on behalf of neighbors of a Central Valley egg farm breathed new life into the prospect for using the law of nuisance against factory farms.

There is certainly no question that factory farms are a nuisance, regardless of whether one is using that word in its everyday meaning or in its meaning as a legal term, i.e., the interference with an individual’s peaceful enjoyment of his or her property. 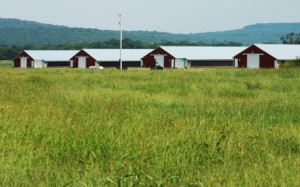 Tens of thousands of chickens await their fate inside these buildings.

However, ever since the passage of Right to Farm Laws in every state starting in the 60s, some lawyers have frequently simply written off nuisance suits against factory farms.  Those laws were ostensibly passed to protect innocent farmers from grouchy suburbanites who move into their rural enclaves and are disturbed by the normal noises and smells of farming. However, for too long they have protected factory farms, which should not even be considered farms at all, and which emit constant filth and noxious fumes. The term “nuisance” is an understatement.

Fortunately, lawyers have started to wake up to the fact that right to farm laws are not necessarily so draconian that they prevent any and all nuisance suits against factory farms. The California case comes on the heels of a Missouri appellate decision upholding the multi-million dollar verdict against Premium Standard Farms that we blogged about a while back. In addition, in May, a Missouri jury awarded plaintiffs $1.95 million against another hog farm.

Unfortunately, the industry is not asleep at the wheel. A law was just enacted in Missouri last month that will make that state’s Right to Farm Act more protective of factory farms by eliminating the right to sue the same facility for the same violation (which seems like an invitation for them to continue their filthy ways) and limiting damages. Missouri’s legislature is the one that recently overturned the ballot initiative that imposed strong restrictions on puppy mills, so it is not surprising that it would do what it could to protect factory farms.

Nevertheless, with the recent victory in California, more lawyers should be sitting up and taking notice that there is money to be made in these cases. While winning a nuisance suit doesn’t directly help animals, anything that can be done to make it harder or more expensive for these living hells to stay in business is a good thing for the animals and for the planet.

Such a Deal!!!! Wear Your Vegan Pride On Your Shoulder