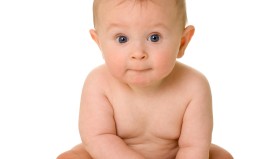 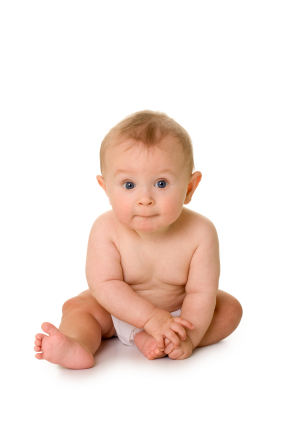 Part of parenting is teaching children how to live in the world. As a human adult who pays attention to at least a bit of life as it passes, I don’t need kids of my own to see what a tall order that is. A parent’s task only grows harder if she decides to stray from the regulation playbook and teach her child values the mainstream does not share.
Vegans teach their children a different way of living in the world – so the world, through grandparents, doctors, and teachers, demands explanations. Vegan parents face more and harder questions from the children themselves:

Of the many methods for bringing new people to veganism, parenting has got to be the most labor-intensive. Nevertheless, vegan parents usually want their children to be vegans, too, so there they are.
They have my respect. Theirs is a good fight, and veganism’s goals will be advanced by those of their children who choose to remain vegan.
But not all children raised vegan will stay vegan. For better or worse, children simply don’t turn out exactly as their parents hope. Most of us didn’t.
So then what? Vegans considering having kids must consider this possibility. If veganism means living our beliefs and not contributing to animal suffering, what does it mean if a vegan creates a brand-new carnivore, another customer for Big Meat?
The challenge of raising children who stay vegan isn’t the only point for vegans contemplating parenthood to consider. Another is how adding a human being – even a vegan one – to the planet’s population plays into some of the ills we fight.
In our excess numbers and in our behavior, humans – all of us, especially residents of developed countries who consume and pollute more than people in poorer nations – are destroying our planet. To house and feed ourselves, we flatten, burn, flood, or dry out the habitats of countless species who, bereft of homes and food, disappear. Our sheer numbers are killing non-human animals. Making more of us makes this problem bigger.
It would be easier to sidestep these topics – just acknowledge that it is up to each of us to decide whether to have children and then leave folks to it. But this conversation is too important not to have. Does veganism have some bearing on bearing children?
It certainly raises some questions and creates a responsibility to make informed decisions, not leave it to fate or decide on a whim, or have kids because that is what being a grown-up means. No one should create a whole new person just to be able to check off a box on the “college, job, marriage, house, kids …” list.
For instance, say someone hated babysitting when she was in high school, but now, as a grown-up, loves her career, and finds she prefers spending time with other adults. And, hey, say that someone happens to be me! I actually noticed all these things about myself, added them up, and wound up at the obvious place: a couples-only, kids-free resort in Jamaica. Well, maybe the process wasn’t quite that simple. First my husband and I engaged in a serious and lengthy decision-making process that led us to embrace “family planning” (i.e. planning so we wouldn’t have a “family”) with an iron grip. Then we went to the couples-only resort.
Most days bring several occasions for me to give thanks for the soul-searching I did that kept me from becoming a mother. For instance, listening to my neighbor’s kid have a shrieking fit for – what is that, the third time today? – can bring me to tears of gratitude.
So, deep introspection comes before babies. Many people will emerge from that thought process even more certain that they want to raise children. To those folks I offer congratulations on a decision well made, along with my well wishes for a journey that most parents describe as the most fulfilling of their lives.
But in making that fulfilling decision, is it necessary to just forget about the risk of creating a new carnivore, and the certainty of contributing to our overpopulation? Of course not.
Adoption is a beautiful and beneficial way to remedy these concerns. If an adopted child doesn’t remain vegan, her parents still haven’t added a carnivore to the world – she was already there. They have, however, created the chance that one more person will become vegan, a person who probably would not have considered it were it not for her adoptive parents.
Adoption also does not increase the human population; it only improves the human condition for one needy person. And for those who wish to raise and care for children, adoption provides a child who desperately needs raising and care.
Many people prefer to produce a child who is biologically theirs; some who adopt do so as a last resort. I’d like to see adoption become a first resort, for the sake of children who need homes, as well as for the animals.
***
For a different perspective, see the feature “Six Weeks and Counting: Hopes for My Vegan Son,” by Marisa Miller Wolfson

Six Weeks and Counting: Hopes for My Vegan Son (by Marisa Miller Wolfson)

How Vegans Illogically Choose to Be Outcasts – Or Something