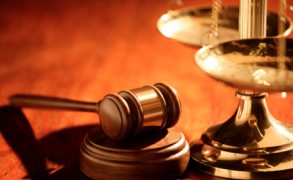 Which is the “Humane” Choice: Foie Gras or Faux Gras? Court Refuses to Duck the Question

A few weeks ago on the podcast we spoke with Carter Dillard, who heads up litigation at the Animal Legal Defense Fund, and Ella Nemcova, who runs The Regal Vegan, purveyor of the ever-delectable, and entirely plant-based, Faux Gras. They told us all about their lawsuit against Hudson Valley Foie Gras, which they claim is violating federal and California laws regarding fair business practices and false advertising by claiming that its foie gras is (be prepared to gag) the “humane choice.” They also told us all about how the judge in the case, which is currently pending in federal court in California, had refused to dismiss it after Hudson Valley claimed that The Regal Vegan had no “standing” to sue because, whatever Hudson Valley was doing, right or wrong, it wasn’t injuring The Regal Vegan. The court refused to accept that nonsensical argument — if The Regal Vegan’s Faux Gras is the only real “humane” choice, as it asserts (and, as far as we’re concerned, it obviously is), then clearly it’s being harmed when Hudson Valley tells consumers otherwise. If you missed that episode, I highly recommend giving it a listen. It’s enlightening.
While that was only a few weeks ago, there has already been another exciting development in this case that I just had to update you about.

On the podcast, we were all talking mostly about The Regal Vegan’s right to sue. This new development, however, is about ALDF’s right to sue. In addition to trying to get The Regal Vegan thrown out of court, Hudson Valley has also been trying to have ALDF’s case dismissed as well, claiming that, regardless of what was happening to The Regal Vegan, there was certainly no possibility that ALDF was injured by anything Hudson Valley did. And it’s true that ALDF is not trying, as The Regal Vegan is, to compete with Hudson Valley.
In fact, ALDF doesn’t sell pâté‎ of any sort, humane or not (though if it did, you can bet it would be as humane as Ella’s, though possibly not as yummy since Carter is probably not as talented in the kitchen as she is). ALDF is, pure and simple, an advocacy organization, not a pâté seller.
ALDF argued, however, that it was injured. I mean, of course it was injured. Here it was, forced to spend all of its donated dollars having to fight Hudson Valley, and all because Hudson Valley was, as it asserted, breaking the law. Since ALDF’s mission is to protect animals, including ducks, it was only doing what it had to do to fulfill its mission, and that was costing it time, effort, and money. Why isn’t that just as much of an injury as that suffered by a competitor who is losing money because it is less able to sell its product?

And the judge agreed. As he pointed out, “If a competitor has standing by reason of money or property spent to combat a proscribed business practice, as a competitor surely does, then why should a public interest organization not have standing for the same reason?”
While this principle has been applied in fair housing cases, this is the first time it has been applied in an animal case. If upheld and adopted in other jurisdictions, it could change the face of animal law. As OHH’s Piper Hoffman has eloquently explained, it’s currently much harder for animal law cases to get into court than any other kind of case because of the limitations of the so-called standing doctrine. If animal advocacy organizations can show that they are injured, and therefore should be allowed into court, whenever they must expend resources to fight illegal injustice, the implications would be enormous. The courts could finally become the forum they should be for deciding what the law truly requires for animals. Animals would no longer be left behind on the courtroom steps, with no way to enforce their own claims and no way for those humans who care about them to enforce claims on their behalf. In fact, this decision could go even further. As the court acknowledged, it’s not necessarily just animal advocacy organizations who are injured when they must spend their money to fight illegal cruelty. Everyone who donates to an organization in order to allow them to pursue such cases could be considered to have been injured as well.
In case you’re wondering, the judge knew he was toying with an idea that could potentially allow a wide array of litigants into court to argue that laws protecting animals were being violated. Fortunately, he didn’t let that bother him, and he didn’t let it get in the way of justice. Good for him! I for one cannot wait for the next development in this exciting case.
Share 0 FacebookTwitterPinterestEmail
previous post

The Sanctuary in Your Backyard: A New Model for Rescuing Farmed Animals