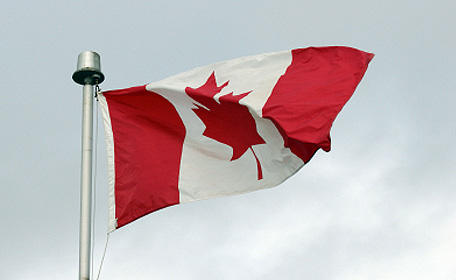 Most of us have the luxury of never having to think about whether we are free to choose to be vegan. But what if you’re in a place, like a hospital or nursing home, or a prison, or a school, where you don’t get to choose what’s given to you to eat? Do you have a civil right to eat in a way that is in accord with your most deeply held principles? 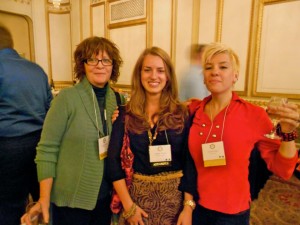 We’re proud to say we knew her way back when. Mariann, Camille Labchuck, and Jasmin (as a blonde) in Portland, OR, October 2011.

One of our favorite lawyers (and self-described “vegan for life”), Camille Labchuck, is asking the Canadian Human Rights Commission to think about these issues, and to assure that vegans are given the right to choose food that sustains them, both physically and ethically. The Commission is currently holding hearings on how to interpret a provision of the Ontario Human Rights Code that prohibits discrimination based on “creed.” Since the exact definition of “creed” is not clear, Labchuck argues, the Commission should clarify that it includes the beliefs that underly veganism. Thus, the right to live a vegan lifestyle is something that everyone should have, including at those times when someone else is controlling what they are consuming. What do you think? Personally, I think she’s right on target.

Issues like this have arisen from time to time in the courts, whether someone was fired because they were vegan (the vegan won), or didn’t get a job because they refused a mandatory inoculation that was made using eggs (the vegan lost), but it’s great to see someone take a proactive approach, asking for a ruling on the issue before it becomes a lawsuit. Let’s hope the Commission does the right thing. As most of us know, the principles that underly veganism are as strongly felt and and as deeply held as the other “creeds” that may guide people’s lives. The law should recognize that.