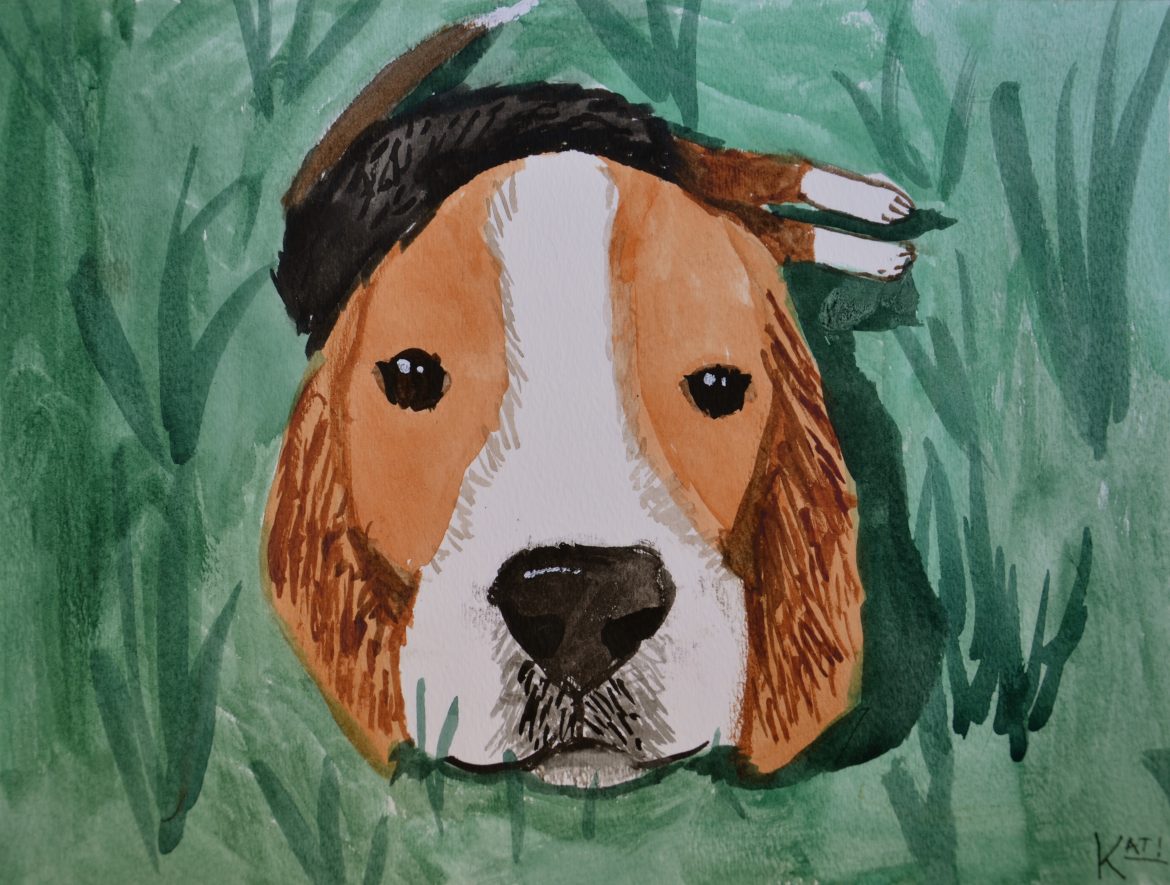 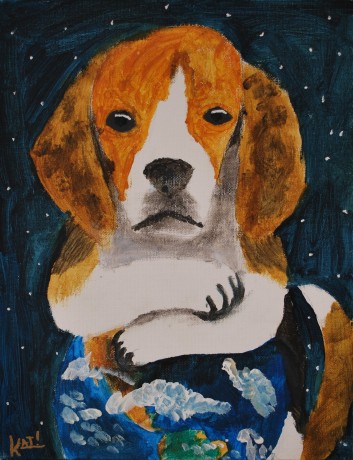 As readers of this column know, I believe that the arts are an important and essential aspect of activism. I am always heartened to learn about new projects that blend creative expression with a dedication to making the world a kinder, gentler place for all species. The Kids Against Lab Beagles project is one such initiative, and what makes this project even cooler is that the artist behind it is only 11 years old! Kat is a 5th grade student from Pasadena, California who has decided to use her artistic talents to make a difference in the world. She has a simple yet noble goal, to raise money for the Beagle Freedom Project, an organization that aims to “rescue beagles used in animal experimentation in research laboratories and give them a chance at life in a loving forever home.”
The Kids Against Lab Beagles project began when Kat asked her parents if she could have a beagle for Christmas. Kat and her family did a lot of research on the breed, and learned about the Beagle Freedom Project and about the plight of these dogs in research laboratories. Kat was understandably upset to learn about this situation and decided to do something about it.  She had previously read an article about a young girl who painted pictures of birds as a way to help wildlife affected by the Gulf Coast oil spill. This got her thinking about her own artistic talents and she decided that she could use her art in a similar manner to help beagles.
Kat and her family have been amazed at the response to the Kids Against Lab Beagles project. Kat’s original goal was to raise $300, but so far she has raised close to $2000 since the project started in April 2013, a figure that certainly will grow as more people learn about her creative activism. Kat is encouraged by the comments she receives on her work – “People say really nice things about my paintings, and I am always surprised to see what different paintings people like.” 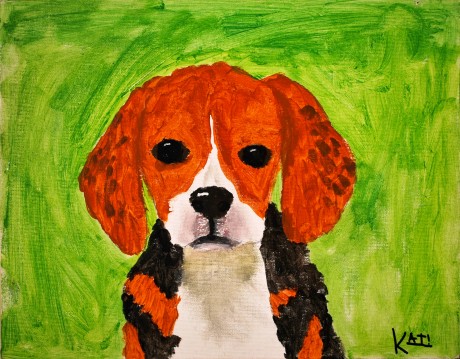 Kat has always been interested in art – she loves to draw and has taken a number of different types of art classes. She lists Vincent van Gogh as one of her favorite artists and is especially drawn to his work because she likes “how he captured the world in his paintings.”  Inspired by van Gogh, Kat doesn’t try to paint the world around her “exactly like it is.” Rather, she notes, “I like to paint it in my own way.” She uses pictures of beagles she finds online as a source of inspiration for each painting, but the end result is an image that is infused with her own personal style and approach to art-making. Her favorite paintings from this project are Lola, William On Top Of The World, and Storm because she feels the personality of each of these animals really shows through in the finished paintings.
Kat uses her paintings to capture a particular view of the world, one that focuses on the positive relationships people can have with animals. Of her work, she says, “My art shows people what a good life beagles could have if they weren’t living in laboratory cages, instead of showing them the horrors of lab testing – because that would be too scary for me to paint. My art gives people a happier way to make an important difference.”
When I asked Kat if she thought she would continue to use her art to help animals in the future, she replied that she certainly thinks she “will continue to paint animals and help other causes,” but that she will likely branch out to focus on other species as well.
Want to support the amazing work that Kat is doing? You can support the Kids Against Lab Beagles 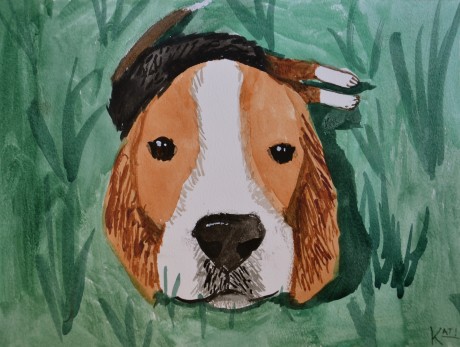 project in a couple of different ways: You can purchase one of Kat’s paintings, or you can buy gift items such as jewelry, calendars, mugs, and notecards featuring reproductions of Kat’s paintings. All proceeds from these sales go directly towards the Beagle Freedom Project.
I love the important work that Kat is doing, and I hope that the Kids Against Lab Beagles project will inspire other young people to use their talents to make a difference in the world!
Share 0 FacebookTwitterPinterestEmail
previous post