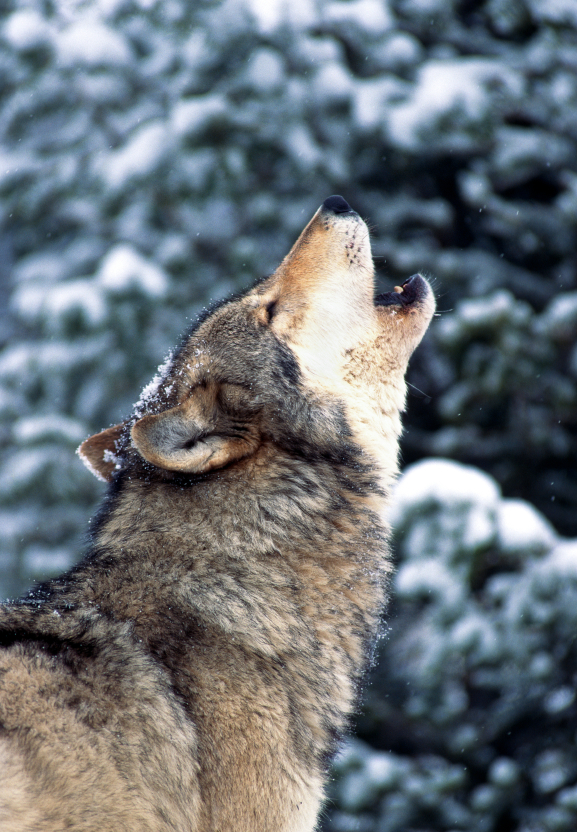 Most vegans are aware of the suffering of animals on factory farms, but fewer know about the impact that meat consumption has on wildlife. Writer Robin Lamont explores the collusion between the U.S. government and Big-ag that is ravaging our country’s native predators.
*** 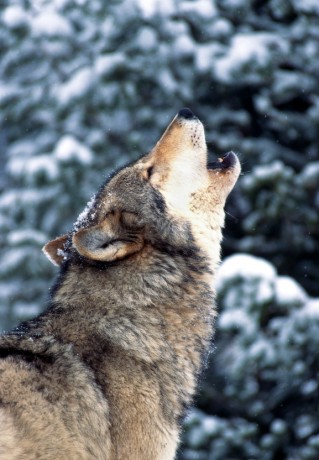 Lives in the Balance: The Federal Government’s Clandestine War on Wildlife
by Robin Lamont
In 1986, singer-songwriter Jackson Browne wrote:
There’s a shadow on the faces
Of the men who send the guns
To the wars that are fought in places
Where their business interests run
The song was “Lives in the Balance,” and the rocker was alluding to the U.S. government’s covert war in Nicaragua. Thirty years later, the lyrics struck a chord with me while I researched our country’s war on wildlife. The men in the shadows are still with the U.S. government – they’re called Wildlife Services, a branch of the Department of Agriculture’s APHIS (Animal and Plant Health Inspection Services).
For those of us involved in the world of animal protection, we don’t have to look far to be reminded every day of the billions of animals raised in factory farms and sent to slaughterhouses to be killed for food. But fewer of us are aware of the vast number of animals killed by Wildlife Services – also in the service of the meat industry.
Wildlife Services claims to disperse 80% of the “problematic” wildlife populations it encounters. That may be true of birds who pose a danger to airplanes or crops, but not when it comes to native predators whom Wildlife Services views as a threat to livestock; these they kill. In 2014, Wildlife Services reported killing 322 gray wolves, 796 bobcats, and 580 black bears. Coyotes, who are versatile survivors in the wild, are particularly targeted as an enemy. Last year, 61,702 coyotes were shot, trapped, or poisoned by Wildlife Services – about 170 every day. There are former Wildlife Services agents who say that these are just the numbers reported, and that they don’t account for the vast numbers of non-target animals, including domestic dogs and cats, who are caught in traps and subsequently dispatched on the sly so as to avoid scrutiny.
And these startling numbers don’t even tell the whole story. This war on wildlife is being waged in brutally inhumane ways. In addition to foothold traps, neck snares, and aerial gunning, Wildlife Services uses cyanide traps called M-44’s. These devices are baited to attract predators who bite down on a cartridge to unleash cyanide spray into their noses and mouths. The agency claims that the death is quick and that the animals do not suffer, but a former agency trapper named Rex Shaddox vehemently disagrees. Interviewed by Tom Knudson in his brilliant series on Wildlife Services in The Sacramento Bee, Shaddox says he has seen dogs die from biting down on M-44’s: “It’s not a painless death. They start whining. They start hemorrhaging from their ears and nose and mouth. They get paralysis and fall over … They are suffering endlessly until they die.”
Wildlife Services’ stated mission is “to provide Federal leadership and expertise to resolve wildlife conflicts to allow people and wildlife to coexist.” On its face, the assertion is infuriatingly disingenuous, since coexisting all too often means that the wildlife is summarily dispatched. And seen in the context of the goal of the USDA (the agency’s parent organization) – which is to expand economic opportunity by promoting agricultural production – the mission’s true meaning becomes clear. When it comes to native predators such as wolves and coyotes, Wildlife Services is little more than a government funded extermination service for the livestock ranchers. Private ranchers get their carnivore “problem” taken care of at taxpayer expense without having to explore non-lethal methods of protecting their livestock. And while these financial benefits accrue, the government further subsidizes the ranchers by allowing them to graze their sheep and cattle on public lands for about six percent of what it would cost to graze on private lands.
Few are aware of what is really going on with wildlife in the U.S. In the documentary film “Exposed: USDA’s Secret War on Wildlife” (don’t miss the Our Hen House podcast review), Rep. Peter DeFazio, D-Ore., states, “Wildlife Services is one of the most opaque and least accountable agencies that I know of in the federal government, outside of highly classified programs.”
As in most covert wars, the men who “send the guns” have much invested in keeping secrets from the public. While our wildlife is being decimated, a rogue government agency continues to receive funding, the ranchers get protection, Big Ag gets its steady supply of beef and lamb, and the American consumer gets cheap meat.
The secrets of the corporate meat machine don’t begin and end with factory farms. Wolves, coyotes, bears, cougars…there are so many lives in the balance.
For more information, see http://www.predatordefense.org/, which also has links to Tom Knudson’s expose in The Sacramento Bee.
*** 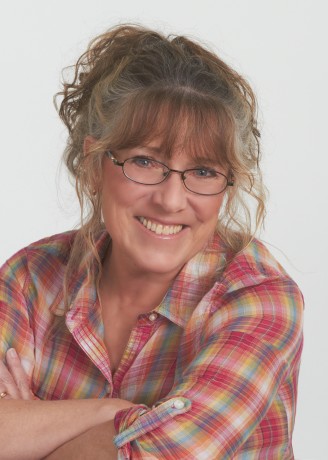 Robin Lamont is an animal activist and writer, living in New York’s Hudson Valley. She is the author of The Chain, the first in a series of suspense novels featuring an animal rights investigator named Jude Brannock. She is soon to release the next book in the series, The Trap, which sends Jude into the heart of America’s hunting and trapping culture. Learn more about Robin.

Season 3 of the Our Hen House TV Show Starts Off With Vegan Doughnuts and Artsy-Fartsy Activism!