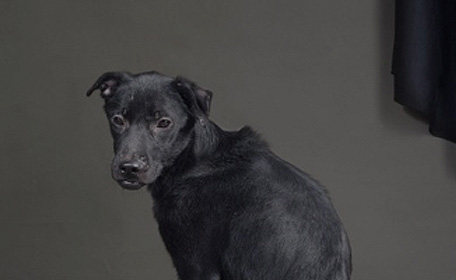 This is earth-shattering art. This is life. This is death.

Yesterday, I told you about a celebrity photographer who turned the lens onto shelter animals, in the hopes of “prettying them up” so that they can be adopted. Today I want to tell you about an equally-profound, yet extremely different, use of the power of the camera.

In Taiwan, award-winning photographer Tou Yun-fei has carved out for himself a form of animal advocacy which, I venture to guess, very few of us — if any at all — could bear (I could hardly even read the article, even though I’m very well-aware of the issues it deals with). Yun-fei visits shelters, walks and plays with dogs who have not been adopted and are therefore on death row, and then, just as they are about to be killed, he photographs a portrait of them. 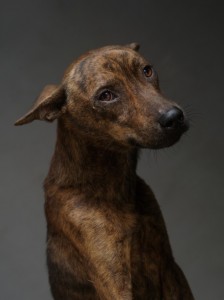 According to Focus Taiwan, Yun-fei — who has been doing this twice a week for 2 years now — hopes that his photos result in changing people’s perceptions of stray dogs, therefore working to change the world for animals. He told Focus Taiwan: “I don’t tell people what they should do. My works aren’t propaganda or templates that instruct people, but I hope the images can inspire people to take action.” Yun-fei’s photographs have appeared in major magazines, newspapers, and exhibits, educating the mainstream about animal “pounds.” According to the article, “Government statistics show that 880,950 stray animals have been captured and sent to the 38 government-funded animal pounds in Taiwan over the past decade, and 718, 814 of them have been put to death through euthanasia. A majority of them were stray dogs.”

Rather than photographing the animals in cages, Yun-fei takes portraits of them, hoping that their facial expressions will allow viewers to connect more deeply to the images, and compel them to act. In the article, he is quoted as saying, “If we only discuss the aesthetics of a photo, it can only go so far… But if we hold a press conference, or film the euthanasia process and publish it, it creates a social impact; it becomes a social movement.” The process of creating portraits of these dogs has, of course, inevitably caused this true game-changer to embrace activism. For him, a profession in the arts led him to a passion for animal activism that now, in so many ways, defines his life’s purpose. His art — his photography — is his conduit for change. That is his hope.

To say this is inspiring is an understatement. What Tou Yun-fei has created epitomizes what we hope our “Art of the Animal” series conveys. He embodies what it means to speak up for animals using your art form, and he is changing the world for animals in profound ways that are both heart-rending and beautiful, motivating and disturbing. Tou Yun-fei is my new hero.

What a Joy! “Why We Love Dogs…” Slideshow Now Available (for Free) Online